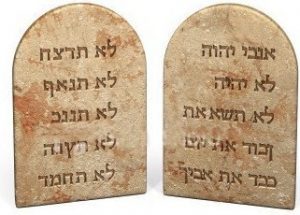 For people of my generation, and the one before and the one after, I am willing to bet that you heard the name “Jehoshaphat” while watching cartoons on Saturday morning rather than in your lesson at Sunday school! It is a rather comical name and it has been appropriated as a slang expression, “Great Jumping Jehoshaphat!” Many years before, “Jehoshaphat” was the name given to a future king of Judah by his father, Asa.

In II Chronicles 17, verses 3 and 4, we read: “The Lord was with Jehoshaphat because he walked in the earlier ways of his father [David]; he did not seek the Baals, but sought the God of his father, and walked in his commandments, and not according to the ways of Israel.” Overall unlike many of the kings of northern and southern kingdoms, who did evil in the sight of the Lord, as we noted in an earlier devotional, Jehoshaphat was not one of them! He sought to eradicate the idolatry in the land.

In the third year of his reign he sent out officials and priests to teach the book of the law of the Lord to the people. Like Luther and other reformers of the church, Jehoshaphat wanted the people to have access to God’s Word. He wanted them instructed in the commandments. Jehoshaphat proved to be a good king for Judah and he is numbered among the ancestors of Jesus as seen in the genealogy of Jesus found in the first chapter of the Gospel of Matthew

O God, of kings and commoners, we are all equal in Your sight. We are grateful for all those who have done what is right in Your sight. Forgive us when we have erred and failed. Help us to live in ways that are pleasing in Your sight so that we may one day join Your royal realm and receive the crown of righteousness laid up for Your faithful and obedient servants. In Christ’s name, we pray. Amen.