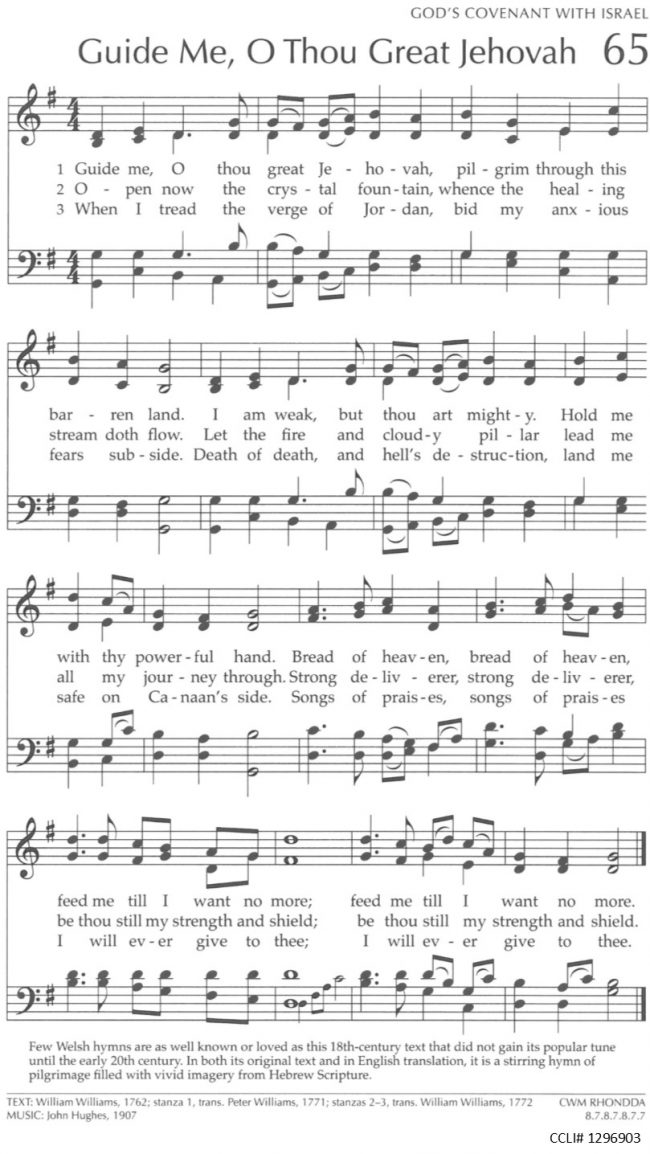 The story that is told in the biblical book of Numbers concerns the children of Israel in their wilderness wanderings. The people of God had been delivered by God from 400 years of slavery and bondage in Egypt. Not long after the exodus from Egypt, they murmured and complained. It would take a 40-year path through the wilderness before they were strong enough in spirit to enter the promised land. Numbers records the census of the people during this time, and some of the tales of how God led them.

Hymn 65, “Guide Me, O Thou Great Jehovah” reminds us of God’s guidance. In verse 2, the allusion is to Numbers 20 and God giving much needed water to the parched pilgrims.

9 So Moses took the staff from before the Lord, as he had commanded him. 10 Moses and Aaron gathered the assembly together before the rock, and he said to them, “Listen, you rebels, shall we bring water for you out of this rock?” 11 Then Moses lifted up his hand and struck the rock twice with his staff; water came out abundantly, and the congregation and their livestock drank.

In some ways, we are all wandering at times in a wilderness. And often, God quenches our thirst and sustains us for the journey ahead,

Thank You, God for giving us the refreshment that we need even in the barren places along life’s path. Help us to stay focused on reaching the verge of the Jordan and the abundant life you promise those who walk the path of discipleship following our Lord and Savior, Jesus, in whose name pray. Amen.