Hadassah: For Just Such a Time As This 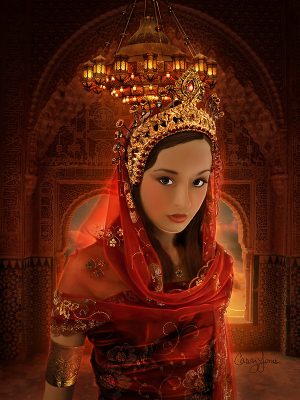 Mordecai had brought up Hadassah that is Esther, his cousin, for she had neither father nor mother; the girl was fair and beautiful, and when her father and her mother died, Mordecai adopted her as his own daughter. / Who knows? Perhaps you have come to royal dignity for just such a time as this?
Esther 2:7/4:14b

Earlier this month our Odd Month Odd Monday Book Club met and we discussed the book, Sully. The autobiography is by Chesley B. Sullenberger III, captain of Flight 1549 that made an emergency landing on the Hudson River in January 2009. One thing many of us noted about that book was how Sully’s life experiences had truly prepared him for that critical moment. He and the flight crew did what they had been taught so that by God’s grace all aboard survived. We see a similar chain of events in the life of Hadassah or Esther.

King Ahasuerus reigned over 127 provinces stretching from India to Ethiopia. He was married to Queen Vashti. The king held a banquet and sent for Queen Vashti, who refused his invitation. For her insolence Vashti would be deposed as queen and another beautiful woman would be chosen. In the search for new queen, Mordecai brought Hadassah to the court and she found favor with King Ahasuerus. Mordecai had also foiled an assassination plot against the King.

A man named Haman was promoted by the King and Mordecai did not bow before Haman. He became angry and had a vendetta against Mordecai and the Jews. He convinced the King that the Jews were a disobedient lot and needed to be exterminated. Meanwhile Mordecai encourages Esther to reveal her identity to the King. She declines and then proposes that Mordecai and the Jews fast while she and her maids do also. Esther arranges a banquet and invites the King and Haman. At the banquet Esther asks for her life and for those of her people while revealing Haman and his treachery against Mordecai and the Jews. Esther, a Jewess, became queen and was able to reverse the king’s decree to kill the Jews and so she played a significant role in their being saved.

Almighty God, You alone know how our experiences are preparing us for just such a time. Give us courage, strength, and wisdom so that when that time comes we will be prepared for that moment. Then, may we give all thanks and glory to You. In Christ’s name, we pray. Amen.