How Do You Feel? Angry? 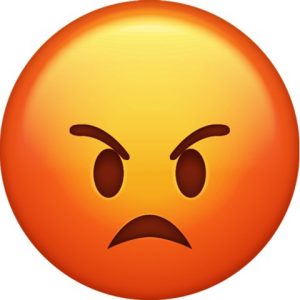 Then Jesus entered the temple and drove out all who were selling and buying in the temple, and he overturned the tables of the money changers and the seats of those who sold doves. He said to them, “It is written, ‘My house shall be called a house of prayer’; but you are making it a den of robbers.”

When is the last time you were angry? I mean, really angry. Can you think of a time when you were angry to the point where you struggled to think of the words to say or felt your blood pressure rising? Anger isn’t a bad emotion. How we respond and what we do with that anger is what stands to be judged as good or bad. Sometimes we get angry over frustrations that come as a natural part of being human and living with other humans. We count to 10 and breathe through those. But sometimes, anger can be what nudges us to react to things that we see as wrong or unjust. There is a difference between an insult that offends and an injustice harming others.

We see in Mathew a familiar story about a time when Jesus was angry and this anger moved him to respond: to call out those in the temple who were taking advantage and misusing the Lord’s house and to hold them accountable for their behavior.

On October 25, the protestant churches around the world celebrate Reformation Sunday. It is a day that we remember the theologians, thinkers, and the faithful followers who helped to bring about changes in our world and in the church. Specifically, it often marks the occasion in 1517 when Martin Luther posted his 95 theses on the church door in Wittenberg, Germany. I have to believe that there was some anger underlying the response of nailing these theses to the church door. For many in the reformation, they had seen enough of the church’s abuses and injustices and their anger moved them to action, calling for reform. Anger isn’t always a bad thing. Sometimes it serves as “God’s nudge” to bring about significant change or to call attention to something that is wrong.

Are there things that make you angry? Is it something trivial that should be forgotten or is it something bigger? How may God be calling you to respond? It is important to bring all of our emotions and their causes to God in prayer. God can guide us in how we should respond.

God of All, we thank you for the gift of our emotions, even anger. Help us to use that emotion only for positive change. Lord, when we are angry in an unhealthy way, give us peace. Guide us to recognize that you are in charge of our world and rejoice in that freedom. Amen.