How Do You Feel? Scared? 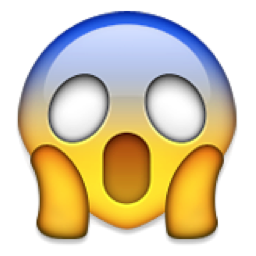 19 When it was evening on that day, the first day of the week, and the doors of the house where the disciples had met were locked for fear of the Jews, Jesus came and stood among them and said, “Peace be with you.” 20 After he said this, he showed them his hands and his side. Then the disciples rejoiced when they saw the Lord. 21 Jesus said to them again, “Peace be with you.

On that first Easter Sunday night the disciples of Jesus were scared.

On Thursday, right after supper with all of them, their close friend, Jesus, had been dragged away from a garden in chains. On Friday, they saw him nailed to a cross and killed. On Saturday, they grieved as they missed him dearly. And on Sunday, even though the women who had gone to the tomb claimed that Jesus had been raised from the dead, the disciples hid out in a locked room for fear that the Jews who had killed their leader would soon come to finish wiping out His movement.

They were scared. And Jesus came, stood among them and said, “Peace be with you.”

We know the rest of the story. Jesus was alive and in the power of His Spirit their lives were never the same. There were still reasons for concern, and reason maybe even to be scared, but the peace that Jesus had wished for them came upon them and ruled the day.

There are forces at work in our world that still cause us to be scared. But Jesus is eager to stand among us and say

Peace we with you.

Dear Jesus, let me listen for Your words of grace, comfort, strength, and peace in the face of fear, as I live today as a faithful follower of You as my Lord and Savior. Amen.