How Do You Feel? Tired? 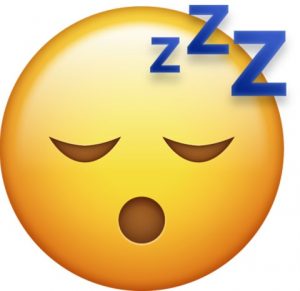 7 On the first day of the week, when we met to break bread, Paul was holding a discussion with them; since he intended to leave the next day, he continued speaking until midnight. 8 There were many lamps in the room upstairs where we were meeting. 9 A young man named Eutychus, who was sitting in the window, began to sink off into a deep sleep while Paul talked still longer. Overcome by sleep, he fell to the ground three floors below and was picked up dead. 10 But Paul went down, and bending over him took him in his arms, and said, “Do not be alarmed, for his life is in him.” 11 Then Paul went upstairs, and after he had broken bread and eaten, he continued to converse with them until dawn; then he left. 12 Meanwhile they had taken the boy away alive and were not a little comforted.

Sometimes we preachers don’t know when to stop. Even after someone died from listening to him drone on and on, Paul simply raised the young man from the dead, and then went back to preaching!

And sometimes we participants in the faith don’t know when to call it quits and get some rest. I’m sure Eutychus wanted to absorb Paul’s testimony and enjoy his company as long as he could that Sunday night. But fighting sleep while sitting on the ledge of an open window on the third floor is a recipe for disaster.

When you’re tired, get some rest. Paul may not be here to pick up the pieces when you crash.

God, help me to work hard, to listen intently, and to rest when I need to. Remind me that even Jesus told his disciples to retreat and rest from time to time. Thank you for the rest I need. Amen.