I Know That My Redeemer Liveth! 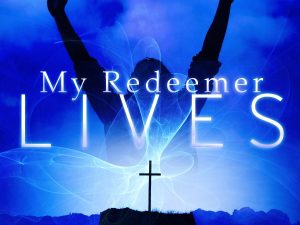 “As to his raising him from the dead, no more to return to corruption, he has spoken in this way, I will give you the holy promises made to David.’ Therefore he has also said in another psalm, ‘You will not let your Holy One experience corruption.” Acts 13:34-35 (NRSV)

One of my favorite arias from Georg Friedrich Handel’s oratorio Messiah is “I Know that My Redeemer Liveth.” It expresses the confidence that we have in our risen Lord Jesus Christ being alive and His standing upon the earth at the last. The aria also acknowledges that our physical bodies deteriorate after death. We are graphically told how our bodies will be destroyed. Skeletal remains are prettier than the description we have of our bodies deterioration in the latter part of that aria. Nevertheless, those who believe in God are convinced that they in their flesh will see Him. Those are comforting words!

In his sermon to the Israelites and those who fear God in Antioch of Pisidia, the Apostle Paul proclaims the story of Jesus. He states, “Even though they found no cause for a sentence of death, they asked Pilate to have him killed. When they had carried out everything that was written about him, they took him down from the tree and laid him in a tomb. But God raised him up from the dead.”

From the Gospels we are well aware of the physical sufferings of Jesus Christ … the indignity of being stripped, the pains of being beaten, struck and whipped; the anguish of a crown of thorns pressed on his brow, nails hammered into his hands and feet, and a spear thrust into his side; the pull of gravity … the weight of his body… making it difficult for him to breathe and the sun’s rays bearing down upon him making him thirst. And we have not even mentioned the mental anguish … of being abandoned and forsaken by his closest friends, the deriding laughter of the crowds and hearing the echoing cries of “Crucify him.” On Easter morning women go to the tomb expecting to complete what was hastily or maybe even half done on Friday … that is anointing Jesus’ body for burial. What they find is a stone rolled away, an empty tomb, some grave clothes neatly folded … and presumably wonder of wonders no stench!

Considering this story I believe that God may have said, “Enough is enough!” Jesus Christ had suffered so much and God determined that while His Holy One’s heart may have stopped beating and He had breathed his last, He would not experience corruption between being laid in that tomb and being raised to new life. We know that He still bore the wounds in His hands and feet when He appeared to Thomas and the other disciples, but otherwise He was breathing and alive. Of all those who have ever lived and died, Jesus Christ alone is the Holy One who has not experienced corruption.

At services of Committal, these words are often spoken: “In sure and certain hope of the resurrection to eternal life through our Lord Jesus Christ, we commend to Almighty God our brother/sister’s name and we commit his/her body (to the ground or to the deep): earth to earth, ashes to ashes, dust to dust.” In those settings it is good to be reminded of those comforting and reassuring words from Job 19:25, “I know that my Redeemer liveth and at the last He will stand upon the earth.”

O God, we thank You that in life and in death we belong to You. We thank You for the knowledge that our Redeemer lives and for the gift of eternal life. Amen.