As Deuteronomy draws to a close, Moses reminds God’s people how God sustains them so that God’s purpose and kingdom will come to be.

He sustained[d] him in a desert land,
in a howling wilderness waste;
he shielded him, cared for him,
guarded him as the apple of his eye.

Generations later, Christians such as the author of the hymn “I Love Thy Kingdom Lord” (one of the oldest American hymns in continuous use) co-opted the kingdom theme for a discussion of Christ’s church. The first four verses show this progression, and the last verse ties us back to the Old Testament concept found in Deuteronomy 32:10. 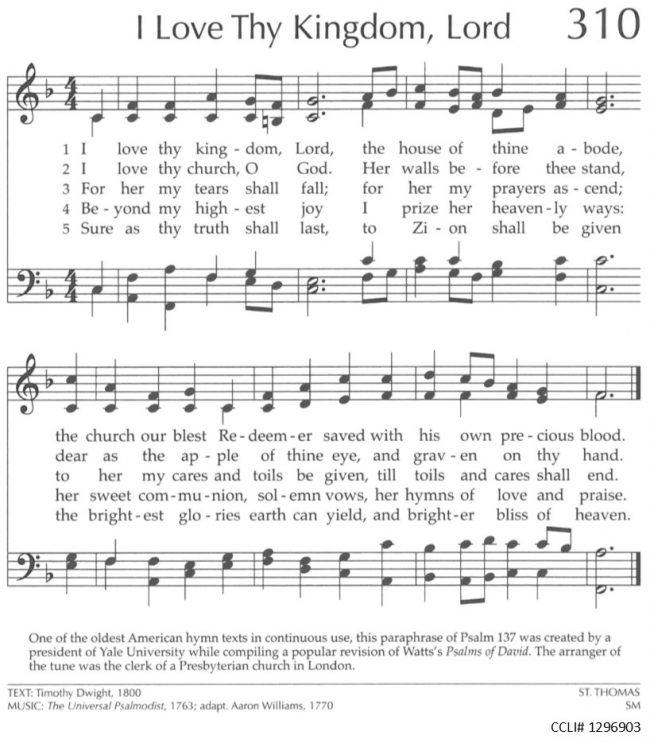 God continues to sustain God’s people, the church of Jesus Christ, as we march forward in faith though our own deserts and toward the Promised Land.

I do love Your kingdom, God, and I thank You for sustaining me on each step of my journey as a disciple of my Lord and Savior, Jesus, in whose name I pray. Amen.