I Never Thought It Would Happen Again 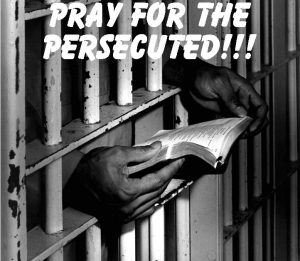 I have read stories of the persecution of Christians during the New Testament times all of my life. In studies of the book of Revelation, scholars have tried to identify which Roman Emperor led the reign of terror. (Sadly, the persecution was so widespread, that there are several candidates for consideration.) In the earliest church, it was Saul, whom we would soon come to know as the Apostle Paul, who targeted Christians.

And Saul approved of their killing him. That day a severe persecution began against the church in Jerusalem, and all except the apostles were scattered throughout the countryside of Judea and Samaria. Devout men buried Stephen and made loud lamentation over him. But Saul was ravaging the church by entering house after house; dragging off both men and women, he committed them to prison. Acts 8:1-3

Having read those stories here in the United States of America during the late twentieth and early twenty-first centuries, I was always sad for what had happened to our faithful predecessors , but I never thought it would happen again. But it is happening. And there are Christians who need my prayers and more.

I’m not advocating any particular platform or theological/political position. I do think, however, that Christ’s followers today need to probe into the active persecution of Christians around the world, and then prayerfully respond.

God, of our past, present, and future, help me to be engaged in faith today, so that faith will continue tomorrow. Make me prayerful and proactive on behalf of those who follow our Lord and Savior Jesus, in whose name I pray. Amen.