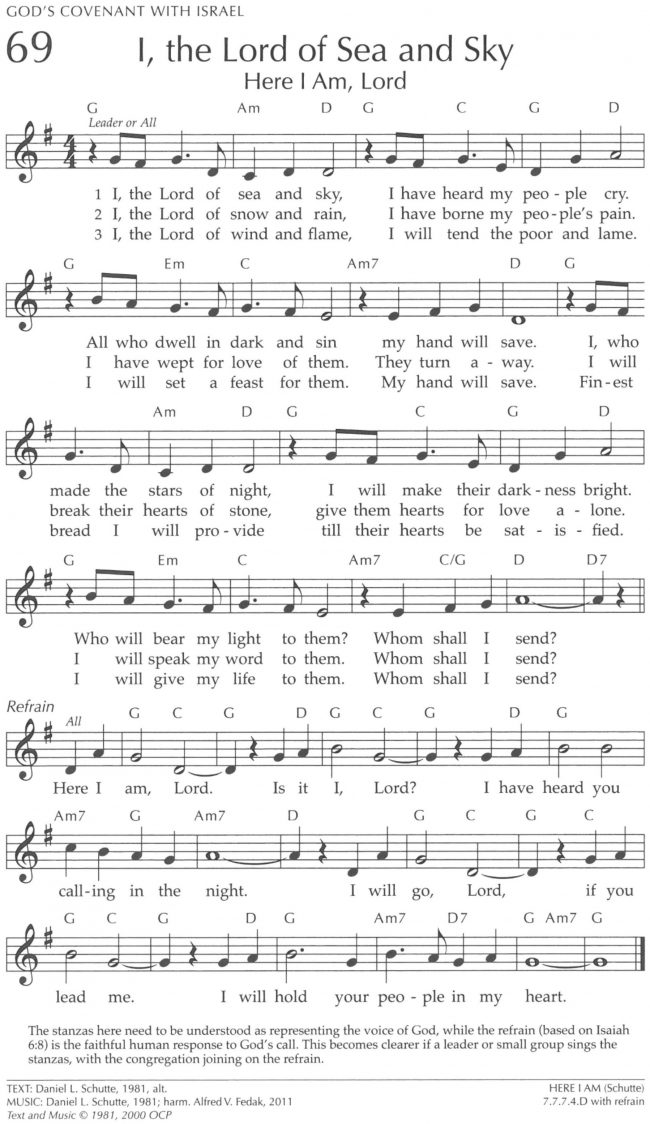 In Chapter 3 of the Old Testament book of I Samuel, we have the story of the calling of Samuel. He was living with Eli the priest and ministering with him. The Word of the Lord was rare in those days and visions were not widespread. Samuel was lying down in the temple of the Lord. Then the Lord called, “Samuel! Samuel!” He responded, “Here I am.”

I the Lord of snow and rain, I have borne my people’s pain, I have wept for love of them, they turn away, I will break their hearts of stone, give them hearts for love alone I will speak my word to them. Whom shall I send? “Here I am, Lord. Is it I, Lord? I have heard you calling in the night. I will go, Lord, if you lead me. I will hold your people in my heart.”

Likewise, God calls us … speaking to us in the recesses of our hearts, through meditating on God’s Word, through prayer, through the voices of family, friends, pastors, mentors, teachers, and sometimes even strangers. God can speak to us in church, in nature, and anywhere. God can call us as we are still and know that God is with us. Be assured God calls each one of us to tasks God has for us,

God, help us to be still and listen for Your voice. When we hear You call us, may we respond as did Samuel, “Speak, Lord, for Your servant is listening.” In Christ’s name, we pray. Amen.