If Only God Had Not Made That Crafty Creature! 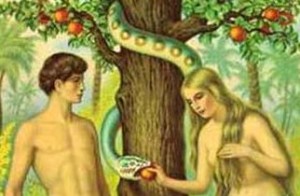 “Now the serpent was more crafty than any other wild animal that the Lord God had made.” Genesis 3:1 (NRSV)

A very good friend of mine speaks of living each day in Florida as “another day in Paradise.” We do have remarkably wonderful weather with very few cold or rainy days. Some flowers are blooming and grass is green in our yards year round. It is rare that one cannot wear a T-shirt, shorts and sandals on any day of the year. If one enjoys boating, fishing, golf, swimming, tennis, or water skiing, then one can pursue these pastimes throughout the year. It is for these reasons and more that my friend describes life in Florida as “another day in Paradise.”

If God had not created the crafty serpent, then we might all have been living in the Garden of Eden! If God had not created the crafty serpent, then that creature would not have beguiled Eve, who then tempted Adam. The fruit on the tree in the middle of the garden would not have been touched, and sin would not have entered the world. Adam and Eve would never have recognized their nakedness. Eve would not have experienced great pain bearing children. Adam would not have had to toil by the sweat of his brow, contending with thistles and thorns to eat bread and provide for the needs of his family. And the serpent would not have had to slither on the ground with enmity between it and humankind forevermore. If only God had not made that crafty creature, we would continue to live in a garden and it would be Paradise, or would it? Would it be Paradise if we were so programmed to say “No,” rather than being given the free will to obey or disobey? While God set limits for Adam and Eve, it was God’s desire that humankind freely choose to obey as a faithful and loving response to God’s kindness. Instead they freely chose to disobey God’s law and they incurred banishment from the garden, curses and death. Being created in God’s image, Adam and Eve were to have been craftier than the serpent so as to resist temptation and sin. They were to have demonstrated faithfulness and love, attributes of God. Freely choosing the good … the right … is living in view of Paradise.

Now if only God had not created fire ants and mosquitoes ….

Gracious and Merciful God, thank You for giving us free will and help us always to exercise this gift in ways that are pleasing to You. In Christ’s name, we pray. Amen.