If You Can’t Swim, Stay Out of the Water! 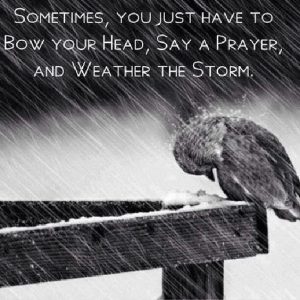 This is an old saying that applies to just about everything except the joy of swimming. We all know that there is no one who can’t swim that will ever go into water that is over their head. So this expression is for all the things that happen in the course of living, and not actually swimming.

“We put out to sea,” Luke writes in Acts 27:2. Luke must have wanted everyone who would read this story to realize that though the adventure of life could be filled with the danger, have no fear because God our Maker would be with us. So, without fear, finish the task that is set before us. The task had been given to Paul to bring his appeal to the emperor and so he was assigned to the Augustan Cohort, who was known as Julius, would help him succeed in his mission.

What our story has to do with is Paul having to fulfill his promise made to God. So we read the story as it is told in Acts 27 and find it is filled with Paul keeping all the others safe on board with assurance and without fear. Paul was unafraid because he knew what his mission was, and he had faith to know that God would protect him through his journey. He was on the boat because he had made a commitment to the Lord God that he would fulfill his journey though it wasn’t a good time of the year to set sail. Sail he did, and so it is with us, though life is filled with many trials, God will keep and protect us. So live without fear!

Of course we read that Paul, being a human being, was filled with fear. But he was on a mission sent from God, as it is written, “For last night there stood by me an angel of the God to whom I belong. . .and said do not be afraid, Paul; you must stand before the emperor” ( Acts 27:23-24). Paul was in a fearful situation.  He and all who were with him could drown as the ship went down. He was able by faith to be comforted knowing that the same God who created life would always take care of him. And we too can be comforted in knowing whatever trial we are in, that this same God will also take care of us.

Merciful and loving God, in the cold of the night when we are alone and fear is felt, comfort and hold us in Your Love. We ask through Your Son, our Redeemer, Jesus. Amen.