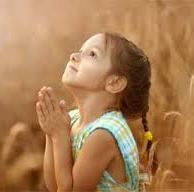 And he said to them, “Suppose one of you has a friend, and you go to him at midnight and say to him, ‘Friend, lend me three loaves of bread; for a friend of mine has arrived, and I have nothing to set before him.’ And he answers from within, ‘Do not bother me; the door has already been locked, and my children are with me in bed; I cannot get up and give you anything.’ I tell you, even though he will not get up and give him anything because he is his friend, at least because of his persistence he will get up and give him whatever he needs.

“So I say to you, Ask, and it will be given you; search, and you will find; knock, and the door will be opened for you. For everyone who asks receives, and everyone who searches finds, and for everyone who knocks, the door will be opened. Is there anyone among you who, if your child asks for a fish, will give a snake instead of a fish? Or if the child asks for an egg, will give a scorpion? If you then, who are evil, know how to give good gifts to your children, how much more will the heavenly Father give the Holy Spirit to those who ask him!”
Luke 11:5-13

This parable of Jesus confused me for years. It seemed to say that I needed to pester God if I wanted my prayers to be answered. I don’t like thinking that God gives preferential treatment to nags.

This parable started making more sense when I was exposed to the writings of a man named Kenneth Bailey. (Poet and Peasant and Through Peasant Eyes are must-read books on the parables of Jesus). Bailey was raised in the Mid-East, and he used his skills in biblical scholarship and an understanding the culture in which Jesus lived to unlock the meaning of many of the teaching stories of Jesus.

The key word (and concept) that makes this parable clear is in verse 8. A strange little Greek word here has been translated “importunity” (in the King James Version), “persistence” (in the RSV and the NRSV), and “shamelessness” (in the New English Bible), making it sound like the one on the inside will answer because of the actions of the person who is knocking. But by considering the culture and the fact that this mystery word could just as well reflect the action or the nature of the one who is answering, Kenneth Bailey interprets this parable to mean that “God will answer our prayers, not because of our actions, but instead, because it is God’s very nature to answer the requests of God’s people. (In these few paragraphs I have not done justice to how Kenneth Bailey unpacks the message in a chapter in his books.) But, it may be that God does listen to us and answer our prayers with love, because God is a listening and loving God.

Dear God, thank You for listening as I speak. Help me to listen to You to expose Your loving plan to me. In Jesus’ name I pray. Amen.