It Is What It Is! 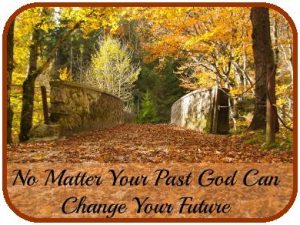 “And this is what I did in Jerusalem, with authority received from the chief priests, I not only locked up many of the saints in prison, but I also cast my vote against them when they were being condemned to death. By punishing them often in all the synagogues I tried to force them to blaspheme, and since I was so furiously enraged at them, I pursued them even to foreign cities.” Acts 26:10-11 (NRSV)

The above statements are part of a testimony that the Apostle Paul made before King Agrippa. He was defending himself of the accusations brought by the Jews. Paul notes that King Agrippa is familiar with the customs and controversies of the Jews and he implores His Excellency to listen patiently.

Paul tells Agrippa that the Jews know him well and know that he has belonged to the Pharisees, a strict sect of that religion. He affirms that he stands trial on account of his hope in the promise made by God to his ancestors. It is that promise that the twelve tribes hope to attain.

Festus exclaims in the midst of Paul’s defense: “You are out of your mind!” Paul responds, “I am not out of my mind most excellent Festus, but I am speaking the sober truth.” As we have listened in on Paul’s testimony, in telling the sober truth … Paul is essentially saying, “It is what it is!”

Without any doubt I suspect that Paul was sorry for locking up saints in prison, for casting his vote condemning them to death, for trying to get people to blaspheme and for pursuing Christians who sought refuge in foreign cities. Paul must have hated persecuting the Lord, but that is what he had done. There is no escaping it. “Saul’s life is what it is!” Paul wrote a wonderful collection of letters and assisted in establishing churches, but those good deeds did not eliminate what he had done in the past to persecute the Church. Our lives are what they are: errors, failures and faults! “It is what it is!” But starting today … starting now … we can pursue life differently, regardless of what has been, so that our lives will be what they will be, by God’s grace. We can’t change the past, but we can live today in such a way that the future becomes brighter. The regrets of the past may be overshadowed by the satisfaction with the good things we have accomplished. Then it may be easier for us to say, “It is what it is!”

Dear God, we can’t change our past. Forgive us our sins! You can change us and this transformation will be evidenced by the good deeds we do. We thank You for Your mercy and grace. In Jesus’ name, we pray. Amen.