It Was Discipline and How We Hated It! 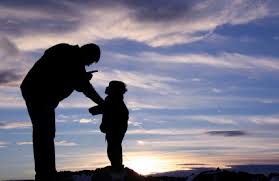 Oh, how I hated discipline and my heart despised reproof. Proverbs 5:12

When I say the word “discipline,” what images come to mind?

I would suspect at the mention of the word “discipline,” at least some of those images came to mind. You may recall having been disciplined by your parents in one or more of those ways. At the time you may have thought that what your parents were doing was terribly unfair and that you did not deserve such a harsh punishment. You may have hated the discipline and resented your parents for their actions even though you deserved this correction. What they were doing through this discipline was to “train children in the right way and when old they will not stray.” (22:6)”

As a young person, we most likely hated the discipline and resented our parents. As we grow up and mature we can look back and see the benefit of such discipline. We can see how we became better people for having been given time to reflect on our misdeeds and to perhaps have an attitude adjustment. We can see how we became better people by having received correction and by changing our behavior. These are insights we most often gain later and not at the time when the discipline and reproof are applied. It is then that we can recognize and give thanks for parents, teachers, coaches, and others who helped us in our growing up years because they were not afraid to discipline us.

O Lord, we thank You that with maturity there comes an appreciation for discipline. We thank You for teaching us that discipline may be evidence of love and that it certainly is with regards to You, for in Hebrews 12:6 we read, “for the Lord disciplines, those whom He loves.” We thank You for Your love which is multifaceted. In Jesus’ name, we pray. Amen.