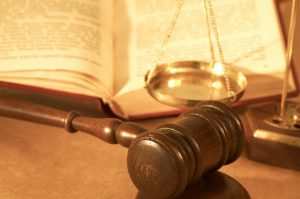 34 Then Peter began to speak to them: “I truly understand that God shows no partiality, 35 but in every nation anyone who fears him and does what is right is acceptable to him. 36 You know the message he sent to the people of Israel, preaching peace by Jesus Christ—he is Lord of all. 37 That message spread throughout Judea, beginning in Galilee after the baptism that John announced: 38 how God anointed Jesus of Nazareth with the Holy Spirit and with power; how he went about doing good and healing all who were oppressed by the devil, for God was with him. 39 We are witnesses to all that he did both in Judea and in Jerusalem. They put him to death by hanging him on a tree; 40 but God raised him on the third day and allowed him to appear, 41 not to all the people but to us who were chosen by God as witnesses, and who ate and drank with him after he rose from the dead. 42 He commanded us to preach to the people and to testify that he is the one ordained by God as judge of the living and the dead. 43 All the prophets testify about him that everyone who believes in him receives forgiveness of sins through his name.”

I prepared for the ministry at Columbia Theological Seminary nearly 40 years ago. While this was in the days before people were taught to use multimedia in sermons, I can remember a chapel service where the sermon was enhanced by drama. The scene was a courtroom. The Judge stood behind the pulpit. The Judge rendered a guilty verdict. The Judge pronounced the sentence of death. And as the noose was being placed over the head of the condemned, the Judge walked over, freed the guilty party, and placed the noose around the Judge’s own neck, ready to pay the price instead.

Jesus is our Judge. Jesus, the One who died on the cross for us is the One who judges us. Thanks be to God.

Judge Jesus, I place my whole being in Your care. Help me to follow You each day, so that I may live Your life and know Your grace. Amen.