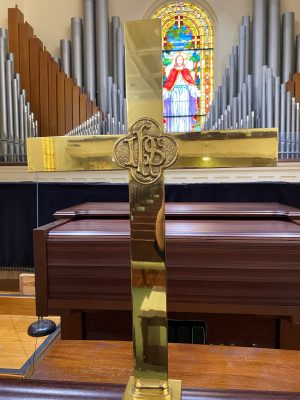 Paul, a servant of Jesus Christ, called to be an apostle, set apart for the gospel of God, which he promised beforehand through his prophets in the holy scriptures, the gospel concerning his Son, who was descended from David according to the flesh and was declared to be Son of God with power according to the spirit of holiness by resurrection from the dead, Jesus Christ our Lord, through whom we have received grace and apostleship to bring about the obedience of faith among all the Gentiles for the sake of his name, including yourselves who are called to belong to Jesus Christ.

One of the earliest confessions of the church was “Jesus is Lord.” When one spoke, like Paul, of who Jesus is and what it means to affirm faith in this Risen Lord who lived an earthly existence as the Son of God and through his death and resurrection we have been grafted into God’s plan of salvation. Paul’s words ring especially important as God’s plan for salvation came through not Jesus as the resurrection but entering humanity as an infant, baby boy. Justification by faith became Paul’s terms to explain this world changing plan God had completed in Jesus. Or, to put in Reformed faith terms, we have been given the gift of grace. We do not earn nor deserve this Lord poured out onto the world in Jesus the Lord but graciously receive it by affirming our faith that indeed, Jesus is Lord. He lived an earthly life of right relationship with others and with God, he invited others into that relationship of salvation through accepting death and then, we affirm he is risen and will, one day return again.

The early church would reinforce this truth with the Christogram or symbol, “IHS” from the first three letters of the Greek word for Jesus prominently displayed inside churches, early art and even crypts where the faithful Christians were buried. The brass cross in our own sanctuary has that inscription in the center of the cross.

Ever faithful Lord, we give thanks and praise we have been sanctified in Christ Jesus and strengthened by his deep love and ultimate gift of grace. May we rest in his power and his peace be with us all, as we confess Jesus is Lord. Amen.