Keep Up Your courage 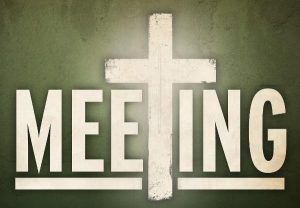 Wow, can you believe what we are reading? I don’t know for sure who it was that came up with the idea of writing our meditations upon the Book of Acts, but it certainly was a given divine revelation. I have been reading, studying, and preaching from the Holy Book for more years than I like to count, but these last chapters of the Book of Acts reads more like a modern story book than the Bible, the Book of revelation of our heavenly Father and of life given to us and as it is to be lived.

So we have Paul bringing us into a church meeting. We all know what church meetings are like, with all the asides and difficulties that somehow occur. That is without the hand of God leading and directing the action. I remember a minister friend of mine who served a church within the same city where I was serving a church. One day he called to tell me about a meeting of his church council where members were to discuss the pastor’s merits and faults. Naturally, my friend was concerned because he did not know what would occur in this called meeting. My friend and his wife asked for my presence if only to be nothing more than a friend in need. Since it was an open meeting I did attend, just to be a physical support more than anything else. The meeting actually turned into a more positive than negative time of sharing, which was an answer to prayer.

As it turned out Paul was more crafty and shrewd in the face of Caesar’s power. Paul was the master of his would-be oppressors. Paul saw that the group of men generally there to oppress him was of a different attitude and purpose. So Paul very shrewdly asked a question that he knew would divide the house, sort of speak. He brought out the awareness that he was a Pharisee and he was the son of a Pharisee. So he brought to the attention of all those in the meeting, that he was being questioned because of the Resurrection of the Dead. This brought meeting to an uproar because Paul knew that he could divide the house by asking about Resurrection and that this would bring about the two groups arguing over their own beliefs, and the issue of Paul would soon be forgotten, and it was.

Paul concluded: “That night the Lord stood near him” as the Lord does today for you and me.

Heavenly Father we are eternally grateful that we are created in Your image with a renewing sense of humor that brings all of us to realize that we may at times take life too seriously. We thank You every day, Lord, for the gift of a happy life. Amen.