Keturah: The Other “Mrs.” Abraham 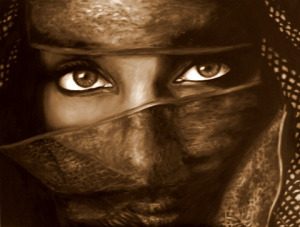 Abraham took another wife whose name was Keturah.
Genesis 25:1

The bottom line is it is sometimes hard to keep up with wives and children!

For those well versed in the Scriptures when asked to whom was Abraham married, they would most likely respond Sarah. Those names just go together: Abraham and Sarah. But before Sarah was able to give Abraham a son, Sarah gave her maid, Hagar to Abraham. Hagar conceived and bore Abraham a son, whom they named Ishmael. Later, God gave Abraham and Sarah a son as promised and he was named Isaac. Sarah died at the age of one hundred and twenty-seven years and she was buried in a cave at Machpelah. Abraham  mourned and wept for Sarah. Isaac took Rebekah and was comforted after his mother’s death. Abraham grieved for Sarah and in time he took another wife whose name was Keturah. She gave Abraham six more sons: Zimran, Jokshan, Medan, Midian, Ishbak and Shuah. These sons gave Abraham even more descendants. Through these Abraham would have even more descendants who would become Arabic tribes.

Abraham would live to be one hundred and seventy-five years old. When he died his sons, Ishmael and Isaac buried him in Machpelah where his wife Sarah had been interred earlier.

The next time you are playing Bible Trivia and you are asked to name the wives of Abraham, you might answer Sarah and Keturah to the surprise of the game show host. Remembering the names of the other sons may be more difficult, but you have learned those too!

O Lord, it is sometimes difficult for spouses and children from one family to get along. Favoritism, jealousy, and spitefulness disrupt the families. Help them! Hear our prayer for blended families and for amicable relations between all parties. In Christ’s name, we pray. Amen.