Lacking Nothing vs. Receiving Many a Curse 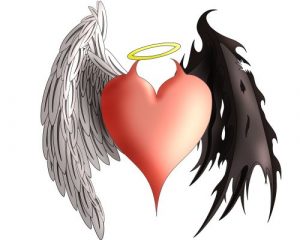 Whoever gives to the poor will lack nothing, but one who turns a blind eye will get many a curse.
Proverbs 28:27 (NRSV)

I suppose last Sunday (May 28, 2017) was one of those getting “… ‘many a curse’ days.” I had left church and stopped at Walmart for a few items before going home to continue the Memorial Day Weekend. I had parked some distance from the store and was walking to my Acadia pushing my cart with my purchases inside. Out of the corner of my eye, I saw this man, neatly dressed and relatively clean to be out in the hot weather, approaching me and I just knew he was going to ask for assistance. Sure enough he made a polite request. He asked me if I could spare some change … anything … perhaps a few coins from my console. I responded, “Not today.” I believe he whispered, “Thank you” as he walked toward the store and I got in my vehicle to go home. Now I ask you, “Why did I act as I did?” He only asked for change. What would you have done?

My rational thought process was: “What can you buy with change? Not much! Did he have some other money and had he hoped that I might give “the more” he lacked to get what he needed.

My suspicious nature caused me to consider: “If I reach in my pocket or open the door to get to the console, will he take advantage of the situation? Granted the parking lot is not enormous, but I saw no security detail on duty. We have heard stories of how charitable people have been mistreated or harmed as they sought to extend help. The priest and the Levite from The Parable of the Good Samaritan remind us to be cautious! (Luke 10:29-37)

Seconds later, there were the angel and devil figures hovering around my head. The angel said, “Boy, did you flunk the Golden Rule!” The devil said, “Atta boy! You held on to those coins.” The angel countered, “You know you could have easily made a difference in that man’s life. He wasn’t asking a lot!” The devil said, “Maybe so, maybe not! He probably did not need your help. He was just trying to tap your good nature!” Then the angel said, “You know that just might have been Jesus in disguise!” I remembered what others asked, “ Lord, when was it that we saw You hungry …?” I recall what Jesus said, “As you did not do it to one of the least of these, you did not do it unto Me.” (from The Great Judgment, Matthew 25:44-45)

Now there have been other parking lots, other people soliciting help, and other times when I acted according to the angel’s bidding. Why not Sunday? I honestly don’t know! His mild demeanor made me feel like I cheated him. I had not even come across this verse in Proverbs at the time. All I can truthfully say is that at my end I hope there will have been more “lacking nothing” days by my giving to the poor than days of turning a blind eye and receiving “many a curse.”

Dear Lord, forgive us when we have done wrong … by being greedy, selfish and uncharitable. Help us to give, so that when we do so, we live with the confidence You give us that we will lack nothing. In Christ’s name, we pray. Amen.