Lord of Heaven and Earth 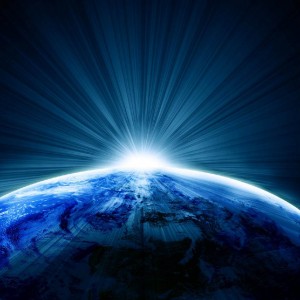 In the beginning God created the heavens and the earth. Genesis 1:1

The Bible is filled with all sorts of Good News and we start with the very first chapter and the very first verse. Before anything else existed, God made the heavens and the earth. Before there was water flowing, trees growing, or birds chirping, God in His omniscient ways loved us so much that He wanted to create a place for us to spend our “earthly” life and of course the glorious heavens where we will spend eternity with Him.

Let’s think of Heaven in three parts: the clouds and the birds as layer one, the sun, moon, and stars as layer two, and layer three, where we will spend eternity with our Heavenly Father. We see the first two layers on a daily basis. But our God didn’t just throw any of this together, you can Google the solar system and spend hours researching how the solar system began. According to a NASA site, our solar system formed 4.6 billion years ago and the distance from the earth to the sun is about 93 million miles.

Then we have layer three, where we will spend eternity. We read in Revelation 21: 15 The angel who talked with me had a measuring rod of gold to measure the city, its gates and its walls. 16 The city was laid out like a square, as long as it was wide. He measured the city with the rod and found it to be 12,000 stadia[c] in length, and as wide and high as it is long. 17 The angel measured the wall using human measurement, and it was 144 cubits[d] thick.[e] 18 The wall was made of jasper, and the city of pure gold, as pure as glass. 19 The foundations of the city walls were decorated with every kind of precious stone. The first foundation was jasper, the second sapphire, the third agate, the fourth emerald, 20 the fifth onyx, the sixth ruby, the seventh chrysolite, the eighth beryl, the ninth topaz, the tenth turquoise, the eleventh jacinth, and the twelfth amethyst.[f] 21 The twelve gates were twelve pearls, each gate made of a single pearl. The great street of the city was of gold, as pure as transparent glass.

Friends, the Good News starts here. God created the earth and all of its glory for us to enjoy right now and He’s prepared an awesome place for us to spend our eternity. Let’s enjoy our time here but look forward to the heavenly future that awaits us!

God of Heaven and Earth – You oh Lord are the great creator. Because of the great love You have for us, You made this earth absolutely gorgeous and we thank You for that. We look forward to our time in eternity with You where we can only begin to imagine how magnificent it will be! In Jesus’ name we pray. Amen.