Malchus: The Other One Injured at Jesus’ Arrest 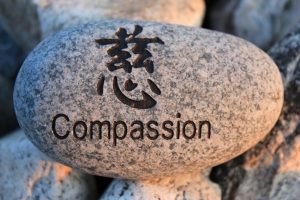 The incident is recorded in all four Gospels (Matthew 26:54, Mark 14:47, Luke 22:50, and John 16:10). The injured man’s position is mentioned in all four segments. He is identified by name only in the Gospel of John. His name is Malchus and a slave of the high priest. Let’s imagine Malchus coming home after his shift and he is met at the door by his wife.

She asks: “Good morning, dear! How was your shift last night?”

Malchus: “Well it ended much better than it began.”

She responds: “How was that?”

Malchus: “The chief priests, the officers of the temple police and the elders went out with a man named Judas to the Mount of Olives. Sure enough we found this Jesus of Nazareth who had been causing a disturbance. Judas kissed him and we arrested him. Then one of Jesus’ disciples grabbed a sword and I must have gotten in the way because he cut off my right ear.”

She responds: “Oh, no dear! That’s terrible! With an injury like that I would have expected your clothes to have been covered in blood and they are clean. And your right ear looks just fine!”

Malchus: That is the most amazing thing. Blood is pouring from my wound, my ear is lying in the dust, voices are raised, and swords are clattering and then Jesus said, “No more of this!” He took my ear and placed it where it belonged and I was healed faster than anything. You can’t even tell that I had any injury! (NOTE: This miraculous healing is mentioned only in the Gospel of Luke, but then Luke as a physician would have found this to be of particular interest.)

Malchus: The crowd seized him and took him to the high priest’s house. I followed and I got a change of clothes there. I know that there were great charges against Him that may lead to His death, but I will never forget the look of compassion in His eyes and the gentleness of His touch as He healed me.

She responds: We have been blessed!

Lord Jesus Christ, You are the Great Physician, who heals us of our diseases and binds up our wounds. We thank You that You have looked upon us with compassion and healed us when we have been sick. Help us always to appreciate good health and to give You praise and thanks for those occasions when our health has been restored. In your dear name, we pray. Amen.