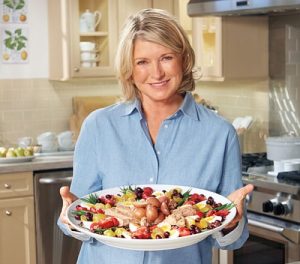 Thinking about women of faith in the Bible, it doesn’t take long to get to Martha and Mary. They are sisters, and their brother is also a follower of Jesus by the name of Lazarus.

When we think about the two, we often come to an encounter recorded in Luke’s gospel (chapter 10)

Now as they went on their way, he entered a certain village, where a woman named Martha welcomed him into her home. She had a sister named Mary, who sat at the Lord’s feet and listened to what he was saying. But Martha was distracted by her many tasks; so she came to him and asked, “Lord, do you not care that my sister has left me to do all the work by myself? Tell her then to help me.” But the Lord answered her, “Martha, Martha, you are worried and distracted by many things; there is need of only one thing. Mary has chosen the better part, which will not be taken away from her.”

In this story, Martha is a “doer” who gets so busy with tasks that she is distracted from the Lord’s presence and proclamation. (Which is not really a good way to live all the time.) The message that usually comes from those in the crowd who like to sit and ponder is that they have it right. (It is better to “be” they say than to “do”).

But, as a doer myself, I want to defend Martha a bit. What she was doing for Jesus and the disciples is offering hospitality. And that too has its place. Martha may have been distracted, but she should not be discarded.

We see these two again in John’s gospel. (chapter 11)

When Jesus arrived, he found that Lazarus had already been in the tomb four days. Now Bethany was near Jerusalem, some two miles away, and many of the Jews had come to Martha and Mary to console them about their brother. When Martha heard that Jesus was coming, she went and met him, while Mary stayed at home. Martha said to Jesus, “Lord, if you had been here, my brother would not have died. But even now I know that God will give you whatever you ask of him.” Jesus said to her, “Your brother will rise again.” Martha said to him, “I know that he will rise again in the resurrection on the last day.” Jesus said to her, “I am the resurrection and the life. Those who believe in me, even though they die, will live, and everyone who lives and believes in me will never die. Do you believe this?” She said to him, “Yes, Lord, I believe that you are the Messiah, the Son of God, the one coming into the world.”

When Jesus came to mourn the death of Lazarus, his sister Martha went out to meet him while Mary sat at home. And Martha showed that she had been listening to Jesus, and she believed.

Doers can do it right too, sometimes.

Dear God, help me to do right things in my faith (and help me to stop and listen too for direction and instruction.) In Jesus’ name I pray. Amen