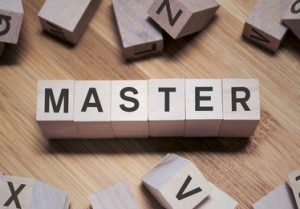 22 One day he got into a boat with his disciples, and he said to them, “Let us go across to the other side of the lake.” So they put out, 23 and while they were sailing he fell asleep. A windstorm swept down on the lake, and the boat was filling with water, and they were in danger. 24 They went to him and woke him up, shouting, “Master, Master, we are perishing!” And he woke up and rebuked the wind and the raging waves; they ceased, and there was a calm. 25 He said to them, “Where is your faith?” They were afraid and amazed, and said to one another, “Who then is this, that he commands even the winds and the water, and they obey him?”

There are some terms that have just dropped out of use in our day and time. “Master” is one of them. We are so staunchly against the whole concept of slavery, that we really don’t even use its vocabulary. The terms, however, were employed freely in New Testament times.

The gospel writer named Luke records the disciples calling Jesus Master nearly a dozen times. They knew first-hand about servants and slaves, and they were willing to place themselves in that obedient role under Jesus.

When John started writing his account of the life/death/resurrection of Jesus, he may have known Luke’s gospel, and how the disciples assumed the subservient role to Christ. But then John refined the relationship between Jesus and the Twelve by flipping the term.

14 You are my friends if you do what I command you. 15 I do not call you servants[a] any longer, because the servant[b] does not know what the master is doing; but I have called you friends, because I have made known to you everything that I have heard from my Father. 16 You did not choose me but I chose you. And I appointed you to go and bear fruit, fruit that will last, so that the Father will give you whatever you ask him in my name.

We can still let Jesus be our Master, and yet know that He loves us as friends.

Master, Jesus, I place myself under Your authority because I know how much You love me as a friend. Amen.