Matthias: Filling the Vacancy in the Apostolate 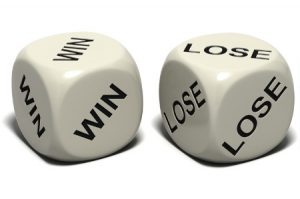 And they drew lots for them, and the lot fell to Matthias, and he was numbered with the eleven apostles.
Acts 1:26

The vacancy became available once Judas betrayed Jesus and Judas died accidentally or by his own hand. He would no longer occupy a place in their ministry. A new apostle was needed!

The primary qualification was that the candidate must have been one who had accompanied Jesus all the time that he went in and out amongst the disciples beginning with Jesus’ baptism by John until Jesus was taken up. The suitable candidate would become a witness of Jesus’ resurrection.

The two men who were put forward were: Joseph also called Barsabbas (who was also called Justus) and Matthias. Obviously these two men met that qualification. How would they decide? They prayed and then they interceded for the Lord’s help. They said, “Lord, you know everyone’s heart. Show us which one of these two you have chosen to take the place in this ministry and apostleship from which Judas turned aside to go to his own place.” There was a chosen one of the two!

They cast lots and the lot fell on Matthias; and he was added to the eleven apostles. We can imagine the hearty congratulations extended to Matthias. We can also imagine that others reached out to Justus to encourage him. We never hear anymore of either Matthias or Justus. We would certainly expect since Matthias was the one God had chosen that he did good works. Even though we do not hear anymore of Justus, we would not expect any less of him. He could still be useful in the Lord’s service, only not as an apostle!

O God, we don’t always win, so we occasionally lose. Help us to learn from our disappointments. Help us to count serving You as our most important task. In Christ’s name, we pray. Amen.