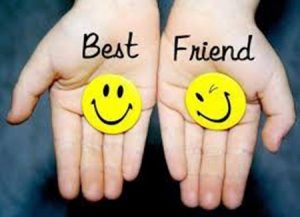 David said to him, “Do not be afraid for I will show you kindness for the sake of your father, Jonathan; I will restore to you all the land of your grandfather Saul, and you yourself shall eat at my table always.”
II Samuel 9:7

OK, be honest now, how many of you knew that there was a character in the Bible named Mephibosheth? That name is a mouthful! Some might think this name fictitious.

We are first introduced to Mephibosheth in II Samuel 4:4. There we read: “Saul’s son Jonathan had a son who was crippled in his feet. He was five years old when the news about Saul and Jonathan came from Jezreel. His nurse picked him up and fled; and in her haste to flee, it happened that he fell and became lame.” His father, grandfather and two uncles were killed in battle and he was orphaned.

Mephibosheth’s father, Jonathan and David were close friends. After being crowned King of Judah, David asked, “Is there anyone remaining of the house of Saul to whom I may show the kindness of God?” Ziba, one of Saul’s servants answered, “There remains a son of Jonathan; he is crippled in his feet.’

Now Mephibosheth had been given shelter in a home at Lodebar. David sent for him and Mephibosheth came and fell on his face and did obeisance to David. “David said to him, ‘Do not be afraid for I will show you kindness for the sake of your father Jonathan, I will restore to you all the land of your grandfather Saul, and you yourself shall eat at my table always.” (II Sanuel 9:9) Ziba, his sons and his servants would farm the land for Mephibosheth, but Mephibosheth would always remain a guest at David’s table.

When love runs deep as it did between Jonathan and David, that love and loyalty often extends to family members of the parties. King David demonstrated his love and loyalty to Jonathan’s son, Mephibosheth after Jonathan died. David saw the covenant between him and Jonathan extending to include Jonathan’s young lame son. Even though Jonathan and David were not related, they fulfilled Proverb 18:24 – “Some friends play at friendship, but a true friend sticks closer than one’s nearest kin.”

O God, we thank You for strong friendships like the one Jonathan and David enjoyed. Help us to love at all times and show great loyalty. These things we ask in the name of our Best Friend, Jesus. Amen.