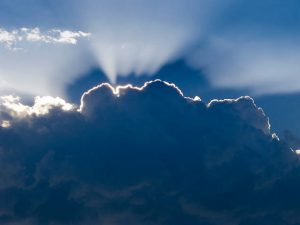 His sister stood at a distance to see what would happen to him.
Exodus 2:4

From our earliest days of Sunday school, we have heard the story of Moses’ birth and the great lengths his family went to protect him from being a casualty of Pharaoh’s campaign to reduce the population of Hebrew boys. His mother hid him for three months until the baby Moses became so vocal that he was certain to be discovered. Jochebed, his mother devised a plan that just might save him from the fate of being drowned in the Nile. She got a papyrus basket and then sealed it with bitumen and pitch so that the basket would float on the water. Into this boat she placed her precious cargo, her infant son Moses and then set the basket amongst the reeds at the river bank.

I thought Miriam’s name was mentioned in Exodus 2:1-10, but more attentive reading revealed that is not the case. Jochebed then dispatched her daughter, Miriam, whose name and relationships we don’t discover until Numbers 26:59, to be a sentry to see what would happen to the basket. There at the river Miriam saw Pharaoh’s daughter bathing and upon spotting the basket dispatched a servant to retrieve it. Pharaoh’s daughter opened the basket, saw baby Moses crying and felt pity for this child, whom she suspected was a Hebrew.

Noticing Pharaoh’s daughter’s delight with the child, Miriam saw an opportunity to continue protecting her baby brother and allowing their mother to continue nursing her child. Miriam asked Pharaoh’s daughter, “Shall I go and get you a nurse from the Hebrew women to nurse the child for you?” The princess agreed and Miriam went and found her mother and brought her to Pharaoh’s daughter. The princess said to Jochebed, “Take this child and nurse it for me, and I will give you your wages.” Unbeknownst to the princess, Jochebed took her own son, Moses, and nursed him. She was paid for doing what she would have paid money to do! When Moses had grown up, his mother took him back to Pharaoh’s daughter, who took him as her own son and named him, Moses, for “I drew him out of the water.”

O God, in our lives we encounter a number of gray clouds and we are truly amazed to discover silver linings in them. We thank You for parents and older siblings, who protect us and provide for us. Help us to look out for little ones and for older persons, when they are especially vulnerable and could be easily hurt. In Christ’s name, we pray. Amen.