More Than a Little Bit of Larceny in This Man 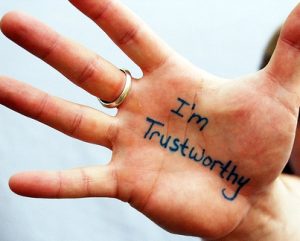 And his master commended the dishonest manager because he had acted shrewdly,…
Luke 16:8a

More than thirty-five years ago, Carol Krucoff wrote the following:

“First, I must confess. There is a juice glass from the Arizona Biltmore in my kitchen, a blue and white towel with Hebrew lettering from a Jerusalem hotel in my bathroom and a small china ashtray from the bar atop Seattle’s Space Needle in my living room. I never paid for any of these items. They simply caught my fancy and made their way into my suitcase. But like Richard Nixon, I protest: I am not a crook.” The criminal code, however, disagrees. “Taking the property of another—knowing it to be the property of another—is a crime,’ notes Franklin Zimring, director of the University of Chicago’s Center for Studies in Criminal Justice. So why doesn’t this sort of ‘Howard Johnson syndrome’ feel like a crime? Because everybody does it. People know they are not going to get arrested for swiping a glass or an ashtray. If the restaurant owner calls the police, the police will tell the person to put it back. “Most people don’t consider their petty pilfering to be stealing, says psychiatrist Robert Custer, ‘because they rationalize what they consider to be a good reason to justify their action.’” “While ‘nearly everyone does this at one time or another,’ says Dr. Custer, ‘those who do it on a fairly consistent basis are often meticulously honest, very sensitive, kind people … who know inside what they are doing is wrong. If they are caught they feel terribly humiliated.’” (“YOU: There’s a Little Bit of Larceny in Us All.” August 10, 1981, The Washington Post)

While there may be a little bit of larceny in us all, in this parable that Jesus tells there seems to more than a little bit of larceny in this manager. It comes to the rich man’s attention that his manager has been squandering his property. The rich man demands that the manager give a complete accounting of his management and has already declared that the man will no longer have this position. The manager is not strong enough for manual labor and is ashamed to beg. He decides to get on the good side of those indebted to the rich man. The deposed manager alters the books … reducing the amount of goods owed to the rich man. In consideration and gratitude for the manager’s kindness to them, the debtors will gladly welcome the manager into their homes.

Yes, there was more than a little bit of larceny in this manager! He had already cheated the rich man as the story opened by having squandered his property. He cheats the rich man again by reducing the amount the debtors owe. He ingratiates himself to those indebted to the rich man. The rich man commends the manager for acting shrewdly. He cunningly used the things of this world to ensure a future for himself.

While there are never any U-haul trailers behind any hearses, we can send our treasures … the good deeds we have done to help others … on to heaven. There they will be waiting for us when we have to give an accounting of the managerial skills of our life.

O God, thanks for the pleasant surprise at the end of this story! While we do not approve of the manager’s methods, we acknowledge that he acted shrewdly. Guard us from taking advantage of others, help us to make good decisions and be wise stewards. In the name of Jesus Christ, we pray. Amen.