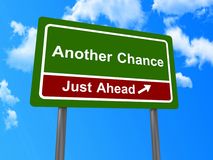 Except for loving Jesus, Simon Peter and I probably have little in common. He was a big burly fisherman and, if I lived then, I would have probably been one of those on shore, who might have prepared what Simon caught. Then we would have sat down, gathered around a makeshift table and enjoyed the meal. I think I would have shadowed Simon on land at least and I believe I would have enjoyed his friendship.

As we know, Simon was outspoken. He blurted out the idea of building a booth for Jesus, Moses, and Elijah on the Mount of Transfiguration. He vowed that he would follow Jesus even if it meant he would die or go to prison. Like Peter, I think I would be saying, “Me too, Jesus!”

Then as the prospect of prison or death approached, I believe that I would have heard the cock that crowed for Peter, crowing for me. I would love to think I would have remained true and not faltered. What about you?

O God, we want to do what is right and often we vow to do so. Forgive us when we fail. Help us to strive to do better and to learn from our experiences. In Jesus’ name, we pray. Amen.