No Pauper’s Grave for Jesus 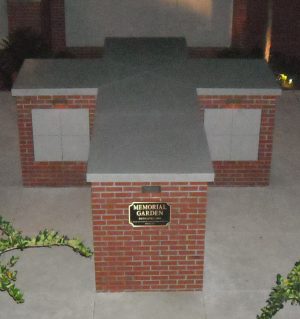 Before we even learn his name, we read that he was a good and righteous man. His name was Joseph of Arimathea. He was a member of the council that accused Jesus of blasphemy and disturbing the peace. They prevailed upon the Roman authorities to sentence Jesus to death. Joseph disagreed with their plan and action. Joseph was waiting expectantly for the kingdom of God.

It took courage for Joseph to do what he did. Joseph went to Pilate and asked for the body of Jesus. Pilate must have felt relieved with Jesus’ crucifixion and now here comes another council member asking for Jesus’ body. That request could have been the one that broke the camel’s back, so to speak, but Pilate grants his request.

Joseph goes and gingerly removed the body of Jesus from the cross. He then wrapped the body in a linen cloth. He then takes the body to a rock hewn tomb which had never been occupied. Joseph placed the body of Jesus in the tomb on Friday, the Day of Preparation. At dusk the Sabbath would begin and in obedience to keeping the Sabbath all such activities must stop. The women who had followed Jesus from Galilee watched what Joseph did and then went home to prepare ointments and spices for anointing Jesus’ body once the Sabbath ended.

Joseph of Arimathea took great pains to ensure that Jesus was given a decent burial. Wrapping Jesus’ body in a linen cloth and placing it in a brand-new tomb showed the care of and honor for Jesus’ body. No one likely claimed the two criminals’ bodies who were crucified with Jesus and consequently their bodies may have been tossed in a paupers’ graveyard with little or no attention and care given to them.

Today we still exercise care of the bodies of our loved ones. We want to know that their bodies are handled with care and respect. At the time of planning a funeral or memorial service, we endeavor to follow the plans or wishes that our loved ones may have requested. At the cemetery or memorial garden, we avoid treading on the final resting places of the deceased. We want to place a marker or have an inscription done to acknowledge the importance of loved ones and to remember how they enriched our lives and contributed, in ways large or small, to make this world a better place. Though seen less often today as there are fewer funeral processions from the church to the cemetery, law enforcement officers stand at attention as the hearse and the bereaved continue on their way.

O God, we thank You that in life and in death we belong to You. Help us always to show honor and respect to those who have died. Remind us to show love and care for the living as well. Keep all of us focused on preparing ourselves to occupy the place You are preparing for us in our eternal home with You and all the saints. In Christ’s name, we pray. Amen.