Not Nice to Try to Fool God 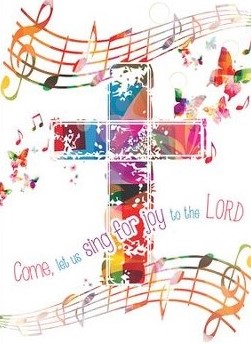 As soon as I recalled this commercial, I thought back how long it has been since it first appeared on our television sets. (Who knows like the moon landing this commercial may be marking its 50th anniversary.) The commercial was for Chiffon margarine. The scene opened with Mother Nature in a beautiful garden with forest creatures. She is presented some bread with a spread on it. She is asked to identify the spread and she declares it is some of her fresh sweet butter. Then she is told that what she is tasting is Chiffon margarine. She then raises her staff and with lightning flashing and thunder crashing, she says, “It isn’t nice to fool Mother Nature!”

Psalm 95 begins entreating worshipers to sing to the Lord and to make a joyful noise to the rock of our salvation. Once in the Lord’s presence, worshipers should offer thanks and more praise. The Psalmist acknowledges the greatness of God and His mighty acts of creation particularly the mountains, flat lands, and seas. He bids the worshipers to bow down for the Lord made all of the people too and they belong to Him.

So, worshipers will obey the Lord, the Psalmist reminds the people of their stiff-necked ancestors who hardened their hearts at Meribah and as they tested the Lord at Massah. They were witnesses to God’s mighty act of deliverance and God’s provisions for them, yet they balked at His lordship. God was not amused and in fact was very angry with the people. He determined that this rebellious people would not enter nor occupy the Promised Land. We may try to fool God, but God knows all. God knows our sins and so we should repent of our sins and ask for God’s forgiveness so that God will not withdraw from us the good inheritance He has to offer us. Let us offer our own songs of praise and thanksgiving to the Lord God, our Maker, Defender, Redeemer, and Friend.

Great Liberator, we sometimes wonder how the Israelites could have been so contrary … grumbling for lack of bread and meat, and complaining of thirst, and no water to be found. Did they forget You delivered them from bondage to Pharaoh? Did they forget Your parting of the Red Sea allowing them to walk on dry land while their enemy pursued them and drowned? Forgive our complaining. Instead of grumbling, from the depths of our being may new songs of praise and thanks arise to You every day, O Lord. Amen.