Noticing One of the Neglected Ones 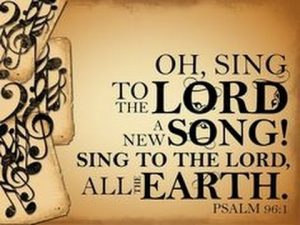 He said, “Truly I tell you, this poor widow has put in more than all of them; for all of them contributed out of their abundance, but she out of her poverty has put in all she had to live on.”
Luke 21:3-4

If she was noticed for her clothing, then it was not for its finery, but rather its shabbiness.  If she was noticed as she came to worship and to present her gift at the temple, then it was for her right to be there … the same as everyone else, who came to praise and thank God.  She was a humble and poor woman and therefore did not draw attention to herself.   If she was noticed for her offering, then it was not for a loud clattering of coins put in the temple treasury, but rather for the muffled sounds of a small monetary gift.  But Jesus noticed her as she put her offering in one of the thirteen trumpet shaped chests for specified offerings found in the Court of Women of the Temple!

Widows were to be cared for by the people and through gifts to the Temple.  That this widow had so little to offer suggests that she may have been neglected.  She may not have been receiving the charity to which she rightly was titled.  She may not have been cared for as she should have been, as one belonging to that special group within society.  This widow gave out of her poverty and her gift was “all that she had to live on.”

Meanwhile the rich are coming to the Temple and putting their gifts into the treasury and this too does not escape Jesus’ notice.  They contribute out of their abundance and they are generous for they bring gifts. What does not escape Jesus’ notice is that the worshipers are rich while the widow is poor. They give out of their abundance while she gives out of her poverty.  They bring gifts while she offers “all that she has to live on.” We see the contrasts and Jesus has noted them too.

We are currently engaged in a Music Capital Campaign to raise $250,000 over three years.  There are some like the rich in this story who can make substantial gifts.  There are others whose gifts may seem like the poor widow’s gift that was place in the Temple treasury.  The brochure has stated it clearly: It Takes All of Us to Make Music. All of our gifts are needed and all will be appreciated.  Let all of us remember that our gifts whether large or small can help us reach that goal.

O Lord, we pray that You may be glorified through our music. With praise and thanks, we offer these gifts, be they large or small, to repair and refurbish our musical instruments so that future generations may be inspired by the melodies and harmonies that pour forth from them.  Keep us mindful it takes all of us to make music.    In Christ’s name, we pray.  Amen.