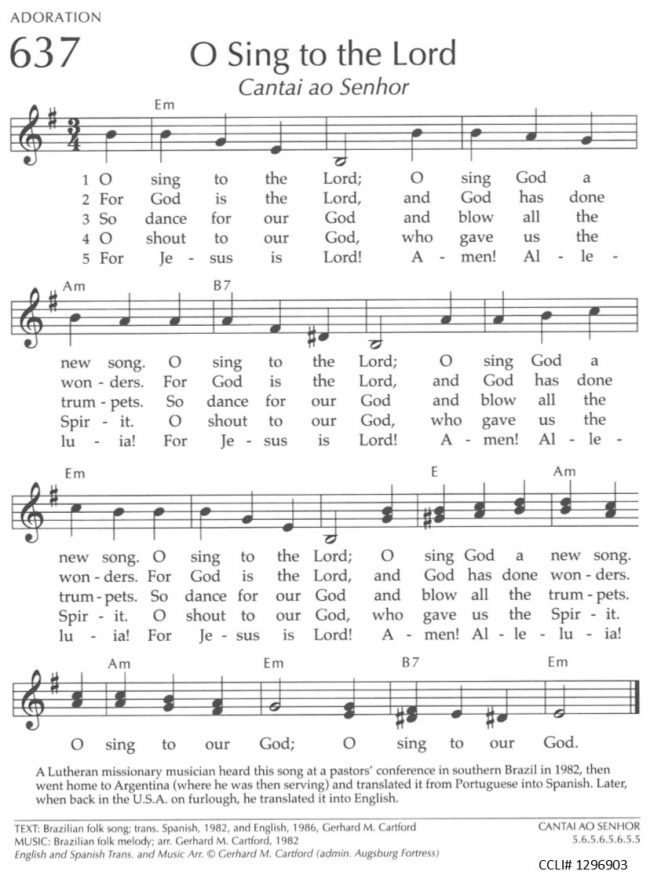 Within the Old Testament book of Judges Chapter 6 through 8:35, we have the story of the judge, Gideon. He was a hero of the tribe of Manasseh. Under his leadership, he ended the oppression by the Midianites who had been confiscating the food necessary for the survival of the people.

Gideons troops greatly outnumbered the Midianites, so God gave instructions to Gideon to pare down the troops lest the people become convinced that they themselves had gained the victory. The number of troops was reduced from thousands to hundreds. Armed with jars of oil, torches, and trumpets Gideon and his men attacked at night. Midian’s leaders, Oreb and Zeeb, were captured and killed consolidating Gideon’s victory.

O Sing to the Lord, a Brazilian hymn alludes to Gideon and the conquest in verse 3.

Almighty God, who would have thought trumpet blasts, jars of oil and torches, and 300 soldiers could conquer Midian? With You, O God, nothing is impossible! We marvel at the great things You do with few people and resources. Help us always to remember to trust and to obey. In Christ’s name, we pray. Amen.