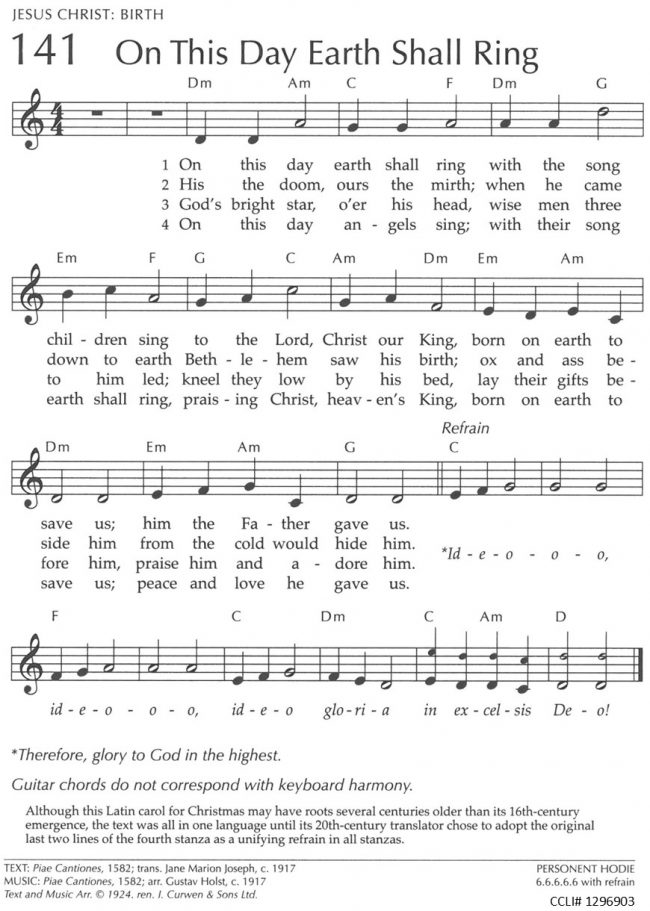 In the time of King Herod, after Jesus was born in Bethlehem of Judea, wise men from the East came to Jerusalem, asking, “Where is the child who has been born king of the Jews? For we observed his star at its rising, and have come to pay him homage.” When King Herod heard this, he was frightened, and all Jerusalem with him; and calling together all the chief priests and scribes of the people, he inquired of them where the Messiah was to be born. They told him, “In Bethlehem of Judea; for so it has been written by the prophet: ‘And you, Bethlehem, in the land of Judah, are by no means least among the rulers of Judah; for from you shall come a ruler  who is to shepherd my people Israel.’ Then Herod secretly called for the wise men and learned from them the exact time when the star had appeared.   Then he sent them to Bethlehem, saying, “Go and search diligently for the child; and when you have found him, bring me word so that I may also go and pay him homage.”  When they had heard the king, they set out; and there, ahead of them, went the star that they had seen at its rising, until it stopped over the place where the child was.  When they saw that the star had stopped, they were overwhelmed with joy. On entering the house, they saw the child with Mary his mother; and they knelt down and paid him homage. Then, opening their treasure chests, they offered him gifts of gold, frankincense, and myrrh.

What seems to be “ringing” in this hymn are praises for God and what God has done for the world in giving His Son, Jesus. Yet as I close my eyes and imagine listening to this hymn, I hear bells pealing. I love to hear bells or chimes pealing and I have enjoyed hearing the pealing of the Deagan chimes since they have been repaired. To me, a great setting for this hymn would be beginning with bells or chimes pealing, followed by a large orchestra playing the music, including a pipe organ, and then finally choristers joining them singing.

The scriptural allusion to Matthew 2:1-11 is found in the third stanza:

God’s bright star, O’er his head, wise men three to him led: kneel they low by his bed, lay their gifts before him, praise him and adore him. Id-e-o-o-o, id-e-o-o-o, id-e-o Gloria in excelsis Deo!

The Glory to God commentator notes: “Although this Latin carol for Christmas may have roots centuries older than its 16th century emergence, the text was all in one language until its 20th century translator chose to adopt the original last two lines of the fourth stanza as a unifying refrain in all stanzas.”

The fourth stanza indicated that angels, human beings, and all creation join in praising. God for His indescribable gift – His Son, Jesus Christ.

On this day angels sing; with their song earth shall ring, praising Christ, heaven’s King, born on earth to save us; peace and love he gave us. Id-e-o-o-o, id-e-o-o-o, id-e-o Gloria in excelsis Deo!

O God, we thank You for Your Son Jesus, for the celebration of His birth and for the joyful songs of Christmastide. Help us to keep the sounds of that season and the message of Christmas in our hearts all year long. In the name of Christ, we pray. Amen.