Onesimus: The Run Away Slave/Brother in Christ 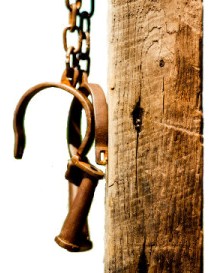 “I am appealing to you for my child, Onesimus, whose father I have become during my imprisonment.”
Philemon 8 (NRSV)

The Letter of Paul to Philemon, at first glance might seem to be a personal correspondence between the Apostle Paul and a man named Philemon. Closer examination reveals that the letter is addressed to Philemon and to his wife, Apphia, his son, Archippus and to the church in his, that is, Philemon’s house. It is a personal letter, but not a private letters. Its contents are meant to be shared with others just as Paul’s letters to congregations within the cities of Galatia, Philippi and Rome were.

Onesimus ran away from Philemon’s household for some unknown reason. Wonder of wonders, Onesimus found his way to where the Apostle Paul was imprisoned, most likely Ephesus. While there, Onesimus became a Christian and had proven himself very useful to the imprisoned Paul. The apostle believes that Onesimus can be useful to Philemon as well.

As required by law, Paul sends Onesimus back to his master, Philemon. Paul even offers to reimburse Philemon for anything Onesimus might owe him. Regardless of the punishment Philemon might have imposed on Onesimus, he is now expected to receive him back into his household … forgiving him and accepting him as a brother in Christ. While masters and slaves had their positions in society, the rich and the poor, the slave and the free, the male and the female were all one in Christ Jesus. While the word is never mentioned, it seems that “love” is being commended to both men … Philemon and Onesimus … for resuming their life together

God of love, while the distinctions among people as “slave” and “free” are not prevalent as they once were, we still see differences between people in society. Within the church, these distinctions disappear as we are one in Christ Jesus. Help us always to love one another. In Christ’s name, we pray. Amen.