Pass It On: Devotional Thoughts That Have Inspired our Pastors 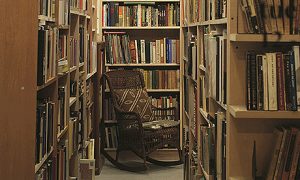 For decades now, my life has been enriched by other Christians who have shared their thoughts about faith. In my teenage years, a pastor introduced me to Mere Christianity, by C. S. Lewis. I first heard a man named Will Campbell at a lecture series while I was a student at Columbia Theological Seminary. And a church member here at First Pres once loaned me a book of devotions by Lois Chaney. I have treasured what I have gleaned from the musings of these saints, and I have occasionally passed their thoughts on to others.

Over the next several weeks, Sarah Bishop, John Reiter, and I will be “passing along” some devotional writings of other believers, things that have touched our hearts and souls. We’ll also tell you a little about these saints, in case you want to enjoy more of their writings. We hope your life will also be enriched as we “Pass It On.”

Ignatius of Loyola lived in the early 1500s. He was a soldier who received a serious leg injury in battle. While enduring a lengthy recuperation he was converted to the Christian faith mainly through spiritual readings. On a later pilgrimage to the Holy Land, Ignatius encountered Jesus in several mystical experiences. Ignatius Loyola then founded a Catholic religious order known as the Society of Jesus (the Jesuits). They have been a major force in Roman Catholic educational institutions (highs school and colleges) even to this day.

Prayer (by Ignatius of Loyola)

Teach us, good Lord, to serve thee as thou dost deservest; to give and not count the cost; to fight and not to heed the wounds; to toil and not seek for rest; to labour and not to ask for any reward, save that of knowing that we do thy will; through Jesus Christ our Lord. Amen.