Pass It On: Howard Thurman 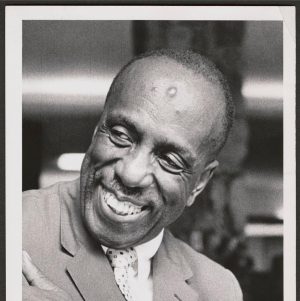 “In that region there were shepherds living in the fields, keeping watch over their flock by night. Then an angel of the Lord stood before them, and the glory of the Lord shone around them, and they were terrified. But the angel said to them, ‘Do not be afraid; for see- I am bring you good news of great joy for all the people: to you is born this day in the city of David a Savior, who is the Messiah, the Lord. This will be a sign for you: you will find a child wrapped in bands of cloth, and lying in a manger.’”

The Reverend Howard Thurman was born in Daytona, FL in 1899 and was raised by his grandmother, a former slave. As a graduate of Morehouse College and Rochester Theological Seminary, his first pastorate was in Oberlin Ohio and then became a lecturer with the YWCA and YMCA in the 1920’s. He also served as a Professor at Morehouse, Spelman, Howard, and Boston Universities. As a professor, he continued preaching, lecturing, and writing 20 books under his belt. After retirement, Thurman oversaw a trust in his name and passed away in 1981.

When the song of the angels is stilled, when the star in the sky is gone, when the kings and princes are home, when the shepherds are back with their flocks, the work of Christmas begins: to find the lost, to heal the broken, to the feed the hungry, to release the prisoner, to rebuild the nations, to bring peace among the people, to make music in the heart.

Emmanuel, it is with great joy we hold the work of Christmas with us throughout the year. May that light lead us on and Your love strengthen us. In Christ’s holy name we pray, Amen.