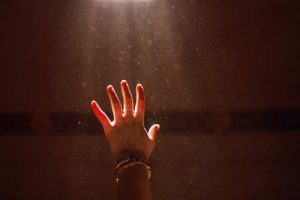 Then the assembly rose as a body and brought Jesus before Pilate. They began to accuse him, saying, “We found this man perverting our nation, forbidding us to pay taxes to the emperor, and saying that he himself is the Messiah, a king.” Then Pilate asked him, “Are you the king of the Jews?” He answered, “You say so.” Then Pilate said to the chief priests and the crowds, “I find no basis for an accusation against this man.” But they were insistent and said, “He stirs up the people by teaching throughout all Judea, from Galilee where he began even to this place.”

When Pilate heard this, he asked whether the man was a Galilean. And when he learned that he was under Herod’s jurisdiction, he sent him off to Herod, who was himself in Jerusalem at that time.
Luke 23:1-6

In the last days of His earthly life, Jesus encountered several people. One of them was Pontius Pilate. Historically, Pilate was the prefect of the Roman province of Judea during the decade between AD 26 and AD 36. He was positioned to hold the trial of Jesus before our Lord was crucified. In one biblical account, Pilate “washes his hands” of the death of Jesus. In Luke’s account, he tries passing the buck. When Pilate learned that Jesus was a Galilean (and under Herod’s jurisdiction, he sent Jesus off to stand before King Herod.) As we see the situation play out, Pilate had the authority to release Jesus, or to have him put to death. But his first response was to “pass the buck.”

In our own lives, we are the ones in position to either make Jesus our Lord and King, or we can pass the buck and act like he is dead to us. It’s our choice.

Dear God, as I come face to face with Jesus, and hear His promises and His commands, help me to make an active decision to follow Him, accepting Him as my Savior and Lord each day. In Jesus’ name I pray. Amen.