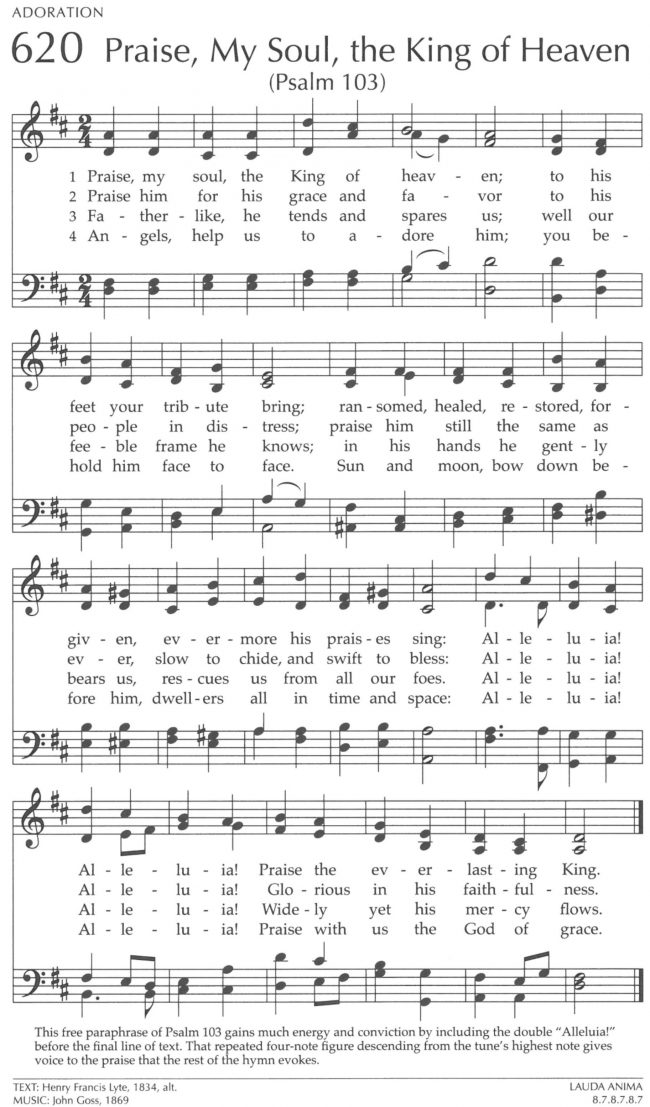 they refused to obey and were not mindful of the wonders that you performed among them; but they stiffened their necks and determined to return to their slavery in Egypt. But you are a God ready to forgive, gracious and merciful, slow to anger and abounding in steadfast love, and you did not forsake them.

The scripture passage above begins with bad news about the people of Israel. What is that bad news? The people refused to obey. The commandments were given to them for their own welfare. They were not intended as punishment, but rather to offer guidance as to how-to-live.

The good news is spoken by Ezra and the good news is about the goodness of the people’s God. Despite their sinfulness, their stiff necks and their determination to return to Egypt, God wants a better life for His people. God is ready to forgive. God is gracious and merciful. God is slow to anger, because if he had not been so, then the people would have been toast long ago. God abounds in steadfast love. God will not forsake them! God loves us with a love that will not let us go!

Praise him for his grace and favor, to his people in distress; praise him still the same as ever, slow to chide, and swift to bless: Alleluia! Alleluia! Glorious in his faithfulness.

Father-like, he tends and spares us, well our feeble frame he knows; in his hands he gently bears us, rescues us from all our foes. Alleluia! Alleluia! Widely, yet his mercy flows.

Loving Father, one of the toughest times for a parent is knowing and wanting what is best for a child and the child rejecting it. It is tough because the parent loves the child more than he or she loves himself or herself. Thank You God for Your readiness to forgive us. Thank You, God for being gracious and merciful, slow to anger and abounding in steadfast love. Most especially, thank You for never forsaking us, Your rebellious children, who when we come to our senses, come asking Your forgiveness. In the name of Jesus Christ, we pray. Amen.