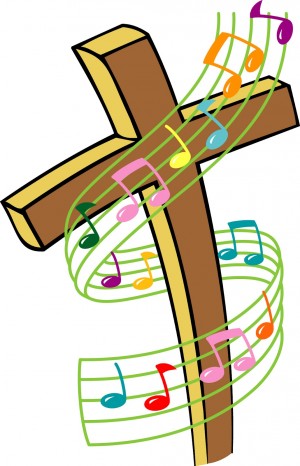 “Let them praise the name of the Lord, for he commanded and they were created.” Psalm 148 (NRSV)

As many of you already know, I love the Psalms and I have had a particular love for Psalm 148, as it serves as a call to all creation to praise God’s universal glory. This hymn was written by Leonard Cooper Blanton, a graduate of Columbia Theological Seminary, where Dr. Negley and I were students a number of years later. Though I never had the opportunity to meet Rev. Blanton, I learned that he was a gifted musician who composed the hymn and named the tune after our alma mater. Though I am not the musician that Rev. Blanton was, I was inspired by his example to try my own hand at hymn writing and have discovered joy in doing so.

Praise Ye, Praise Ye, the Lord was written in 1951 and it was included in the The Hymnbook (1955) that this church used until the early 2000s. Though the hymn had been in use since that time, it was not included in The Presbyterian Hymnal Psalms, Hymns and Spiritual Songs (1990). As a member of the committee that compiled Treasured Hymns and New Songs of Faith to be used for our Gathering Music and to supplement the blue hymnbook, I successfully lobbied for its inclusion. Praise Ye, Praise Ye, the Lord is a beautiful hymn, although some of its language is dated. I know that I am biased and sentimental about it, but reflect on these words:

Ye hills and mountains, praise, Each tree and beast and bird;
Ye kings and realms of earth, Now let your praise be heard;
By high and low, by young and old, Be all His praise and glory told.
By all let God be praised, For He alone is great;
Above the earth and heaven He reigns in glorious state;
Praise Him, ye saints, who know His grace And ever dwell before His face.

This hymn calls on all creation to praise the Lord and I must admit I do hear creation praising God in the songs of birds, in the roar of the ocean, in the whistling of the wind, in the sounds of land and sea creatures and in the silence of stately trees and towering mountains. Best of all, we who are given voices may lift them up in shouts or songs of praise to our Creator. Praise the Lord!

Creator God, when Jesus was criticized for his disciples praising Him, He said, “If these were silent, the stones would shout out.” We are reminded that in its own way all creation praises You and we are thankful that we who have been made in Your own image my praise You with our voices … with shouts and songs. Glory be to you, O God, Father, Son and Holy Spirit both now and evermore! Amen.