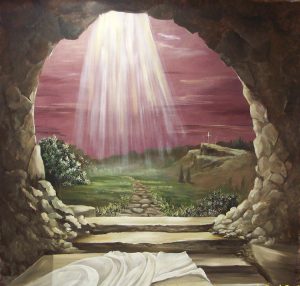 One thing many people dislike is others predicting what they will do in any given situation. When a crisis arises, you know from previous situations that your friend will come unglued and struggle to hold it together. She always has reacted that way, so why should this situation be any different?

When faced with a financial decision, you know your friend has always been very conservative and cautious regarding prospective gains. He did not want to do anything that could threaten his assets and savings. He always has reacted that way in similar situations, so why should now be any different?

Yes, friends can become quite upset when others think they are always predictable.

In this instance the women had faithfully followed Jesus while in Galilee and continued to follow Him and provide for Him as He journeyed to Jerusalem. Most likely those women would not be upset if we told them we had predicted what they would do. While the Sabbath interrupted their final ministry to Jesus, namely anointing His body for burial, others knew they would return to perform that final labor of love. If we knew that they would see what they saw in the garden, then we would have predicted that they would be nothing less than frightened to see two men in dazzling white clothes. Shocked though the women were, they would have made every effort to hang onto the details reported about Jesus and to recall what He had said while He was in their midst. Once informed, others would have predicted that the women would race to tell Jesus’ disciples what they had seen and heard.

O God, with You all things are possible. Whether we do what is predictable or unpredictable, grant that what we do is always for Your glory. In Christ’s name, we pray. Amen.