Queen of Sheba: Seeing For Herself 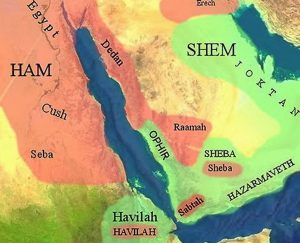 So she said to the king, “The report was true that I heard in my own land of your accomplishments and of your wisdom, but I did not believe the reports until I came and my own eyes had seen it.”
I Kings 10:1-13

One of my favorite classical music pieces is Georg Friedrich Handel’s Arrival of the Queen of Sheba. I enjoy it whether it is performed as a solo pipe organ selection or as an orchestral work. Handel certainly captured the pageantry that we envision as we read I Kings 10:2 — “She came to Jerusalem with a very great retinue, with camels bearing spices, and very much gold, and precious stones, and when she came to Solomon, she told him all that was on her mind.”

The fame of wise King Solomon had spread and she came to Jerusalem to test him with hard questions. Solomon answered all of the Queen of Sheba’s questions and nothing was hidden from the king that he could not explain to her. As she listened attentively to Solomon’s explanation, she took in the grandeur of the king’s palace – the food on the table, the seating of his officials, the attendance of the servants, the elaborate clothing and the burnt offerings he offered to the Lord.

The Queen of Sheba divulged that she had heard reports of King Solomon and his court, but that she did not believe them. She admitted that the reason for her visit was to see for herself and Solomon’s wisdom and prosperity exceeded even what she had been told.

The Queen declared, “Blessed be the Lord your God, who has delighted in you and set you on the throne of Israel! Because the Lord loved Israel forever, he has made you king to execute justice and righteousness.” She then presented him with gift of gold, spices in abundance, and precious stones. Solomon reciprocated giving the Queen of Sheba every desire that she expressed and gifts out of the royal bounty. Then she returned to her homeland with her servants.

Creator God, we thank You for this big wide wonderful world You created and for the opportunities to travel and see with our own eyes what Your hands have made. Fill us with awe as we see those things of which we have heard and discover that their wonder even surpasses the reports. Glory, praise, honor, and thanks be to You, O God, both now and evermore! In Christ’s name, we pray. Amen.