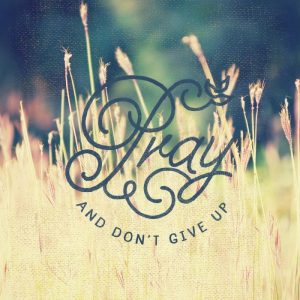 If you were in worship on Sunday, June 24 then you heard the anecdote below as an opening illustration to the sermon which dealt with interruptions. Famous US pianist, George Gershwin interpreter, writer, and wit, Oscar Levant was playing a virtuoso passage at a college concert when a telephone began ringing offstage. Levant carried on, but the ringing continued and soon the audience became restless. Levant without pausing in his playing glanced at the audience and said, “If that’s for them me, tell them I’m busy.” By that time Levant had become annoyed by the relentless ringing and so he made that remark to the audience hoping someone would answer the call.

In today’s scripture lesson, Jesus tells of a man who goes to his neighbor’s house at midnight to ask for the loan of three loaves. Unexpected company had arrived and the man had nothing to set before his guest. (They say you can tell who your true friends are by calling them in the middle of the night. If they come to your aid then that is a true friend. If they don’t then you need to cultivate some new friends. We all need friends who will stick with us through thick and thin … who will still be a good, true friend at three o’clock in the morning.) This friend would have kept on knocking at his neighbor’s door to arouse him from his slumber, to get a response to his plea, and to secure provisions so he could show his friend the kind of hospitality he would like to be shown.

Jesus uses this story to illustrate being persistent in prayer. The friend may not grant his friend’s request initially. With continued bargaining, knocking, pleading, the man will give him the loaves of bread so that his friend will go away, will no longer threaten to wake up the entire household, and he can go back to sleep.

Blessed Lord, there is an old adage … “the squeaky wheel gets the grease” and we often put that into practice in other aspects of our lives. Grant that we would be persistent in our prayer life … making our requests known. Guard us from making so many that we become annoying, but grant that our prayers are fervent enough so our requests are made known and that we come to know Your will, which is always best for us. In Christ’s name, we pray. Amen.