Resolutions: Invite Someone to Get to Know Jesus 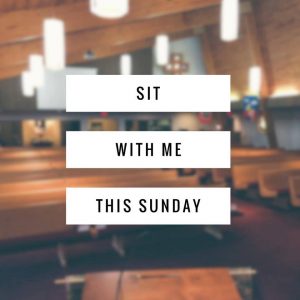 35 The next day John again was standing with two of his disciples, 36 and as he watched Jesus walk by, he exclaimed, “Look, here is the Lamb of God!” 37 The two disciples heard him say this, and they followed Jesus. 38 When Jesus turned and saw them following, he said to them, “What are you looking for?” They said to him, “Rabbi” (which translated means Teacher), “where are you staying?” 39 He said to them, “Come and see.” They came and saw where he was staying, and they remained with him that day. It was about four o’clock in the afternoon. 40 One of the two who heard John speak and followed him was Andrew, Simon Peter’s brother. 41 He first found his brother Simon and said to him, “We have found the Messiah” (which is translated Anointed[a]). 42 He brought Simon[b] to Jesus, who looked at him and said, “You are Simon son of John. You are to be called Cephas” (which is translated Peter[c]).

When Andrew first came to know Jesus, he went and found his brother, Simon, and brought him to Jesus. Think about that, Andrew met Jesus first, and because of Andrew’s invitation, Simon (Peter, the one that Jesus called to organize His church) came to know the Lord.

Have we been this interested and engaged in introducing people to our Lord Jesus? When is the last time you invited someone to come to church to hear about Jesus? Would you consider it?

Or, do you want to take advantage of a hidden blessing in our current situation? Send them a link and invite them to join you and us virtually for worship. The word about Jesus is shared in-person and on-line every Sunday.

God, help me to be active in inviting others to know what You have done for us in Jesus Christ. Help me to be someone who introduces those whom I love to my Lord and Savior in whose name I pray. Amen.