Sad but True … Even Within the Christian Community! 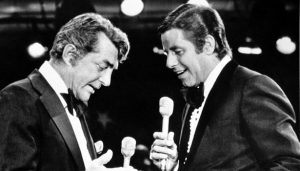 “The disagreement became so sharp that they parted company; Barnabas took Mark with him and sailed away to Cyprus. But Paul chose Silas and set out, the believers commending him to the grace of the Lord.” Acts 15:39-40 (NRSV)

For ten years they were the kings of comedy making hilarious and successful motion pictures. They did live performances … doing their own comedy tours. They also were the first comedy team to appear on television. They were the remarkable: Martin and Lewis; crooner Dean Martin and zany Jerry Lewis. Four reasons are speculated by others as to what caused the split. One was that they had different work ethics with Lewis being a workaholic and Martin enjoying time off to pursue golf. Another reason was that Jerry was taking over the act (jealousy?). Another was that the present wives of Martin and Lewis interfered and caused some disagreements. Another was that Dean and Jerry developed different ideas about the act. Of course, the split may not be attributed to one single factor, but possibly a combination of the reasons thus mentioned.

They were the most popular folk-rock duo of the 1960s. They recorded these songs: “Sounds of Silence,” “Bridge Over Troubled Waters,” “Scarborough Fair,” and “Mrs. Robinson.” Competitiveness, differences in their talents, and differences of opinion regarding the path of their career led to the split of the team known as Simon and Garfunkel. Simon showed much promise as a solo performer and met with success.

In the business world Steve Jobs and Steve Wozniak were two of the primary collaborators in founding Apple personal computers in the early 1980s. By 1985 Wozniak left the company over differences in the direction the company was taking and his role as an engineer being minimized with the employment of other engineers. That successful partnership ended as Jobs remained on with the company while Wozniak pursued other business ventures.

The Apostle Paul and Barnabas enjoyed a successful partnership in proclaiming the Gospel of Jesus Christ in many places. In fact, it was Barnabas’ introduction of Paul to the apostles that gave him credibility among them as an ally. Paul and Barnabas were commissioned for ministry in Antioch. They traveled to and preached in Antioch, Cyprus, Iconium, Perga, Lystra, and Derbe. One of their traveling companions John Mark had left them in Perga. When Paul and Barnabas decided to follow up their visit to places where churches had been planted, Barnabas wanted John Mark to rejoin them. Paul considered John Mark’s previous action as abandonment and was against his joining them. Then we find these sorrowful words: “The disagreement became so sharp that they parted company.” The worst part about their disagreement is that we are never told that Paul and Barnabas were reconciled. Inasmuch as the Church continued to grow, I would like to think that somewhere along the way that Paul and Barnabas as well as John Mark were reconciled. Regardless, God did not allow their disagreement to thwart the growth and expansion of Christ’s Church! Nevertheless it is sad that Paul and Barnabas were unable to resolve this disagreement and parted company. The story does show that Christian leaders no less than the laity are immune from differences of opinion that can lead to sharp disagreements and ultimately going separate ways, perhaps never to be reconciled to one another on this earth.

O God, spare us from such sharp disagreements that parting company is the only way we can have peace. Help us to be forgiving and to seek reconciliation, for Christ’s sake. Amen.