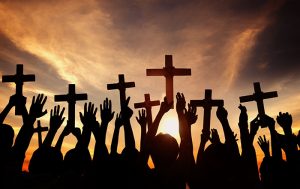 The Bible, as we have it, reads as if it were more of fiction than it is of life! I write this because ever since we have been sharing our ‘Meditations’ on Scripture it seems as if I find myself saying “This can’t be true!” I write this knowing full well that I have spent almost my entire life writing and preaching sermons based upon The Book! Preaching sermons are much different than writing meditations. I share this because when preaching I can emphasize the theme which my sermon is based upon, and even change tone reflection. I also need to confess that I usually could select the scripture I wish to use for my sermon. I should add, this would be done only after much prayerful thought on my part.

I have to admit from most of my scripture reading, I would have made a terrible believer in the first Century of the Church. That is, of course, if I were not privy to meeting and hearing Saul/Paul preach and expound upon what the Lord Jesus with the assistance of the Holy Spirit had laid upon his heart. You and I live in a much more civilized and cultured world than what we read about the times in the First Century. I have even tried to put myself into the story that we read happening in the book of Acts. I try to read as if I were there and learned from this guy named Saul as he did his very best to keep those who had accepted Christ the Savior alive and well.

Most believers had a difficult time trying to grasp the truth and knowing the facts that the Savior Jesus truly brought into the ancient world. For most without the experience of the “facts” of the “Good News” found in Jesus the Savior, what they believed could become cold and dead. Even though it soon became apparent that Paul became the preeminent apostle to the gentiles in Acts, Luke was not able to place him in the same category as the Twelve. Though Saul became Paul because of his sense of commitment through the Holy Spirit, still he could only remain Paul within the context and service of the now alive Christian Community. This, my good friends, is the purpose and reward of God’s Christian Church as we know it and need it in our day.

Heavenly Father, Your purpose and truth is seen, learned, and lived even in this day, our day; within the Community of Faith we call The Church. May The Church continue to be found alive in serving to the needs of the world. In the name of Jesus Your Son we pray. Amen.