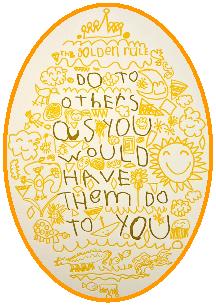 “At this Paul said to him, God will strike you, you whitewashed wall. Are you sitting there to judge me according to the law, and yet in violation of the law you order me to be struck?” Acts 23:3 (NRSV)

From this brief account running from Acts 22:30-23:10, we discover that tensions could run high when the Sanhedrin was in session and that tempers could flare! In this particular story, our hero, the Apostle Paul appears before the Sanhedrin.

The tribune has brought Paul to the Sanhedrin to appear before the High Priest Ananias to gather evidence. He wanted to discover what Paul was being accused of by the Jews. Paul innocently declares, Brothers, up to this day I have lived my life with a clear conscience before God.” It sounds like a tame remark, but it set off a firestorm!

Then the high priest Ananias ordered those standing near Paul to strike him on the mouth. Paul must have thought to himself, “Hey, wait I am just getting started to give my testimony.” Upon hearing Ananias’ words, Paul lashes out saying, “God will strike you, you whitewashed wall. Are you sitting there to judge me according to the law, and yet in violation of the law you order me to be struck?”

Now we must admit calling someone “a whitewashed wall,” is not nice … and is not doing what Jesus would do, … there are far worse names that the apostle could have called the high priest. Paul was still name calling! Paul is still a hero, but he has feet of clay. He was not immune from having a temper and speaking harshly if determined that was what was required to get his hearer’s attention.

As we have seen this year name calling has reached a new high on the political campaign landscape by the Democratic and Republican parties. During the debates and now in speeches we hear candidates calling their opponents names. It has been and is awful! Even worse, young children have seen and heard how those who would be our leaders have acted.

How I wish it was just them! Sad to say, I am not immune when my temper flares and when someone calls me names to respond in kind. What about you? Is it not also us? Jesus said, “In everything do to others as you would have them do unto you, for this is the law and the prophets.” (Matthew 7:12) In other words, if you don’t want to be called a whitewashed wall, then don’t go calling someone else a whitewashed wall or anything that’s worse!

O Lord, may all the words of my mouth … be acceptable to You and show that I use the Golden Rule to guard my speech and my actions. In Christ’s name, I pray. Amen.