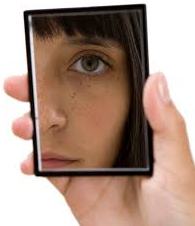 Why do you see the speck in your neighbor’s eye, but do not notice the log in your own eye?
Luke 6:41

Are you familiar with the term, “selective hearing?” www.wisegeek.com states: “Selective hearing is a way of describing the tendency of some people to ignore things that they don’t want to hear. It is not a physiological condition, as the individuals are physically hearing the words, but their minds choose not to acknowledge what is being said. In many cases, the conscious mind does not appear to receive the information, so it is different than an active ignoring of speech. Instead it is a sort of selective inattention that may be done consciously or subconsciously.

Classically, selective hearing is an attribute people associated with men. The standard example would be a woman asking her male partner whether he wants to go to the opera that night only to have him seemingly ignore her. When she mentions something of interest to him, such as football or beer, however, he immediately responds as though he had been listening all along. Although these sorts of examples may seem facetious, in fact, they are not uncommon in everyday interactions between people of all genders and relationships.”

In the verse above Jesus could be describing a selective seeing. In other words, we see what we want to see and we ignore what we don’t want to see.

We readily criticize the faults of others and yet we cannot see our own faults and our own may be just as bad as or worse than others. In other words before we criticize others we need to take a real good look at ourselves. Let’s examine ourselves to make certain that we are not seeing what we want to see and believe about ourselves. Our faults may appear greater than ours, but then we could be terribly nearsighted!

Dear God, save us from selective seeing and help us always to take a good look at ourselves before being critical of others. In Christ’s name, we pray. Amen.