Sing it, Tevye! Sing it! 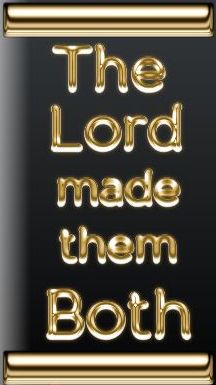 The rich and the poor have this in common: the Lord is the maker of them all… Proverbs 22:2 (NRSV)

One of my favorite musicals is Fiddler on the Roof. I like it because the principal character, Tevye, has a great relationship with God. He enjoys conversation with God as he goes about his work each day. I also like it because Tevye lives out his faith each day.

Many of you I am sure are acquainted with the story, but for those who are not, I will share enough of the plot so that you can understand it. Tevye is a Jewish dairy farmer living in a small village named Anatevka in Czarist Russia. He lives there with his wife, Golde, and his five daughters, three of who are of marriageable age. His eldest daughter and her boyfriend since childhood want to get married although in that society marriages were arranged by a matchmaker. They ask permission and at first are refused. His next eldest daughter wants to marry an innovative young man and they ask for Tevye’s blessing, but not permission to marry. The next eldest daughter wants to marry a Gentile and does so even though she has been forbidden to do so. Tevye is constantly being battered by changes between tradition and new ways and the final blow is being forced by the Czar to leave their homes and land.

Early in the story Tevye sings:

Dear God, you made many, many poor people.
I realize of course it is no great shame to be poor,
But it is no great honor either.
So what would have been so bad if I had a small fortune?

If I were rich, I’d have the time that I lack
To sit in the synagogue and pray.
And maybe have a seat by the Eastern wall.
And I’d discuss the holy books with the learned men’
several hours every day.
That would be the sweetest thing of all.

Tevye acknowledges that God made the rich and the poor and recognizes that he is among the poor. He wonders what harm would have been done if he had been made rich instead of poor? Tevye was not wealthy but he did have compassion on his neighbors and he tried to offer assistance to those in need. Whether wealthy or not, as those who are aware of how God has blessed us, we are called to share our riches with those in need at least to alleviate if not relieve the distress.

Lord of the rich and the poor, we confess that we do not always share as we have been taught. Forgive us! Help us to see how giving of our riches may minister to those who are less fortunate. Enlarge our hearts with Christ’s compassion so that we may demonstrate love even as we have been loved, through our Lord Jesus Christ. Amen.