Son of the Most High 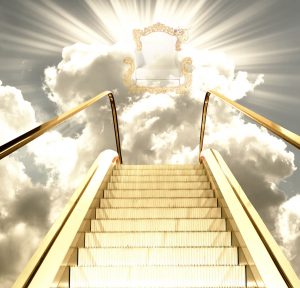 26 In the sixth month the angel Gabriel was sent by God to a town in Galilee called Nazareth, 27 to a virgin engaged to a man whose name was Joseph, of the house of David. The virgin’s name was Mary. 28 And he came to her and said, “Greetings, favored one! The Lord is with you.”[b] 29 But she was much perplexed by his words and pondered what sort of greeting this might be. 30 The angel said to her, “Do not be afraid, Mary, for you have found favor with God. 31 And now, you will conceive in your womb and bear a son, and you will name him Jesus. 32 He will be great, and will be called the Son of the Most High, and the Lord God will give to him the throne of his ancestor David. 33 He will reign over the house of Jacob forever, and of his kingdom there will be no end.” 34 Mary said to the angel, “How can this be, since I am a virgin?”[c] 35 The angel said to her, “The Holy Spirit will come upon you, and the power of the Most High will overshadow you; therefore the child to be born[d] will be holy; he will be called Son of God. 36 And now, your relative Elizabeth in her old age has also conceived a son; and this is the sixth month for her who was said to be barren. 37 For nothing will be impossible with God.” 38 Then Mary said, “Here am I, the servant of the Lord; let it be with me according to your word.” Then the angel departed from her.

I spent the first 12 years of my life in the town where may dad had spent all of his life. Many people there (like my kindergarten teacher who had been my dad’s kindergarten teacher) knew me as “Dick Negley’s son.” I didn’t mind being identified alongside him.

Jesus grew up in Nazareth, and in one instance (Mark 6) the people say “Isn’t this the carpenter’s son?” Joseph was probably a good influence on Jesus, but we really aren’t trying to live our lives as followers of the son of some Nazarene carpenter.

Luke gives us the name for Jesus that clarifies his identity and our quest.

He will be great, and will be called the Son of the Most High, and the Lord God will give to him the throne of his ancestor David. 33 He will reign over the house of Jacob forever, and of his kingdom there will be no end.”

Who He is tells why we follow seek to live in the kingdom of the Son of the Most High.

We start a quest in the Christmas story that is punctuated with power as Jesus is raised from the dead on Easter. Help us each day to walk the path of kingdom living as we follow the Son of the Most High. Amen.